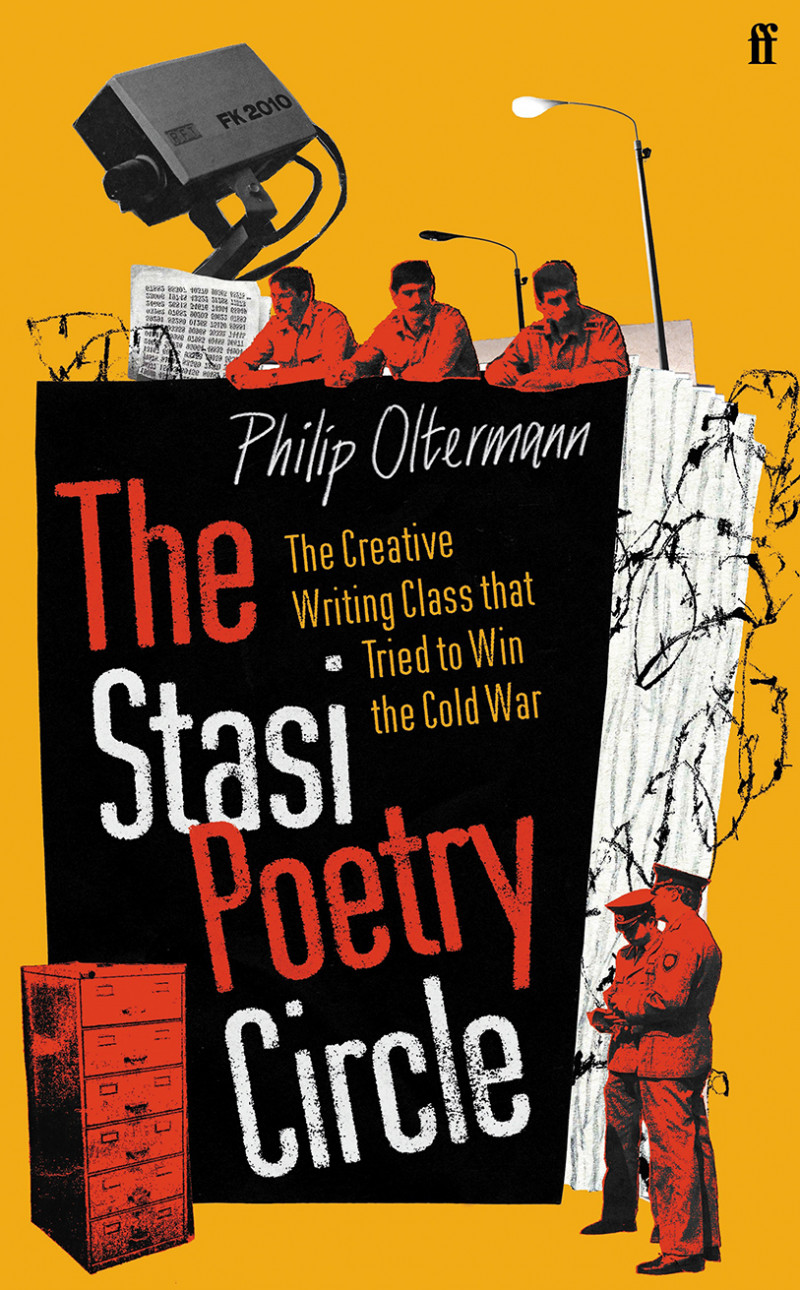 No, the title of this book is not a joke! But can you think of a greater incongruity than that between members of the Stasi – East Germany’s secret police of the 1980s – and an interest in lyric poetry? Or does that question expose my ignorance of the cultural climate of the times and the German fanatical attachment to all such things?

To say that this book was a revelation – albeit an uncomfortable one – is an understatement. Author Philip Oltermann spent five years rifling through Stasi files, digging up lost volumes of poetry, and tracking down surviving members of this Red poet’s society to uncover the little-known story of the famously ruthless intelligence agency’s obsession with literature.

Why had the Stasi set up such a thing as “the working circle of writing Chekists”? Oltermann’s interviewees provide a range of answers, all of which make for fascinating reading. The group’s leader, “the thin man with the thick glasses”, was Uwe Berger, a man of reputedly “monkish asceticism” who had somehow avoided becoming a political tool, and instead used his role as poetry tutor to carry out a “personal mission as a living link to Germany’s darkest hour”.

One of the poems that made it into the Red booklet was called Come. It consisted of an appeal for honesty and comradeship, yet contained the lines “Come…but not just to complain / because then / You had better not come at all”.

Germany’s descent into a paranoid culture war is well charted. Were writers indeed embedding subversive ideas in their work? Annegret Gollin, a young woman who could be described as non-conformist, was ultimately arrested, and her poems seized. During interrogation, she was asked to explain and interpret her own poems!

Oltermann has employed literary terms as chapter headings. Some, such as sonnet, metaphor, and persona would be familiar to readers. Less familiar though would be consonance, bathos, and dissonance. Each title introduces content bearing on the author’s remarkable account.

Weaponising poetry – who would have thought it? Only the Stasi surely – or am I being naïve?