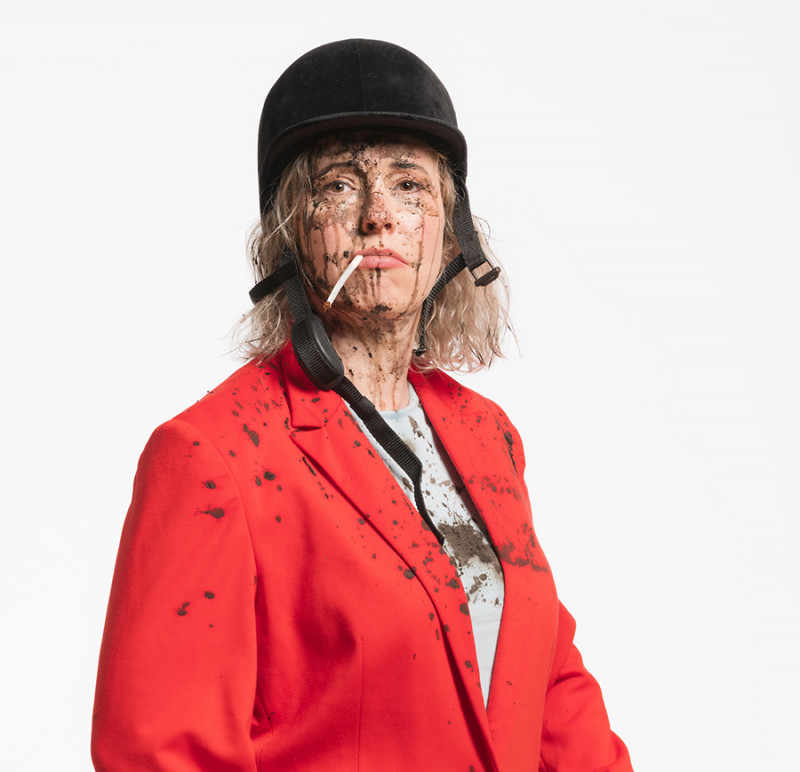 Written and performed by Sarah Harpur

In The S**t Kid, Sarah Harpur exposes a knack for anchored storytelling and deceptive writing. With nothing but a minimal set, a few sound effects, and a colourful array of characters, she coaches the audience to visualise a complete world of snobby horse riders and nosy locals. Unfortunately, where it excels in story elements it falls short on genuine laughs.

Sharni (Harpur) loves her twin brother, she swears it, but can’t help but envy him. While she’s stuck back on the family farm raising a baby, teaching rich kids to ride, and selling horse s**t… I mean, ‘pony poo’… he’s off winning Olympic medals. But Sharni has a plan, if only she can raise enough cash to put it into action.

The S**t Kid deals with something we have all experienced, disappointment, and specifically the envy we can feel when others don’t seem to face as much of it as we do. Maybe it was the time your best friend got a promotion while you were left feeling stuck, or in school when your sibling seemed to rack up accolades while you dawdled. Sharni’s story is particular but the emotions she’s feeling are not, and this makes the story relatable to all in our audience, even if some of us have never set foot in a stable.

Sharni is a likable character, and we certainly root for her to conquer, but I was left a little disappointed in the show’s final minutes. Most of what she does manage to achieve is, seemingly, handed to her. While she does learn some valuable lessons, I feel there is a stronger wrap-up out there.

Another disappointment is the hit-and-miss rate of The S**t Kid’s jokes, which is surprising given this is Harpur’s first solo play but sixth comedic outing. The show is still in development, and I feel a more varied tone could up this aspect of the show – as it stands, there’s simply too much wink wink, nudge nudge, and not enough solid, unexpected punchlines to earn anything more than a chuckle.

What Harpur has discovered with The S**t Kid is a raw talent for playwrighting. With more development, I am sure it could morph into something special.