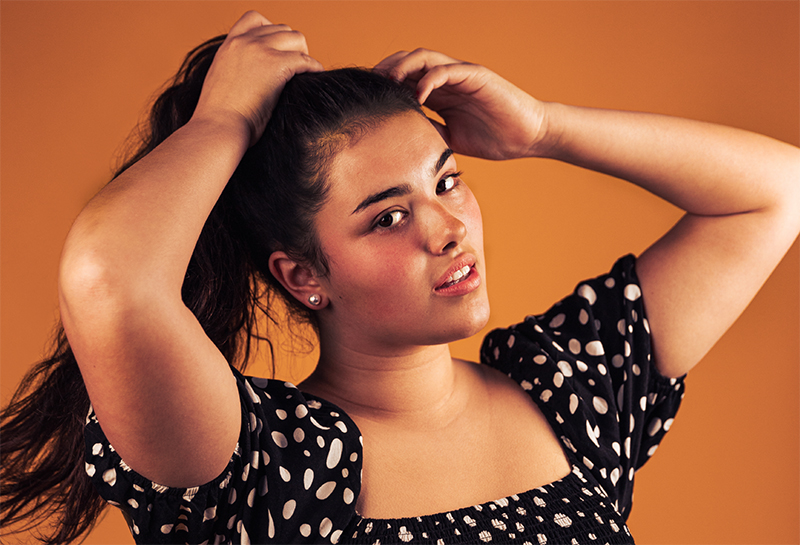 The Secret Lives of Sixteen-Year-Old Girls

The Secret Lives of Sixteen-Year-Old Girls follows Lulu (Lola Gonzalez Boddy) and her mother (Sarah Boddy, known simply as Mum) as they navigate the complexities of growing up, and raising a child, in the digital age. Lulu’s relationship with Mum is going through the wringer, while her friendship with her bestie Lucy (Emma Rattenbury) has been rocky since she got with Blue. It all comes to a head when the two girls go to a party, vodka cruisers in hand.

It sounds like the recipe for a great comedy, and for the most part the play is. But underneath the LOLs and witty one-liners (many of which are delivered flawlessly by Gonzalez Boddy), tension and terror brews. Lucas Neal’s sleek production design eloquently expresses the way social media can dominate our lives. The four screens that loom over the stage are underutilised – I particularly wanted them to show the missed calls and messages from Mum when Lulu misses curfew, matching the hectic sound design (Isaac Rajan) that builds to a climax at this point.

A huge shift occurs after this that echoes how quickly and drastically a whole world can change. It’s confronting but there is so much support offered to the audience, and the actors, who have to portray horrific events, do so with respect and dignity.

I’m not a teenager, nor am I a mother. I was able to identify with both Lulu and Mum, cringing at them and with them in turn. Boddy has risen to the challenge of writing flawed but loveable characters that we can all relate to, no matter what life stage we’re in. To see a real-life mother-daughter duo onstage living this dynamic is a real pleasure. Exceptional in their own right, their chemistry is a given. Rattenbury slots right in, elevating the atmosphere with an easy grace and giddy charm.

The Secret Lives of Sixteen-Year-Old Girls makes me want to put my phone down and hug the people I love.