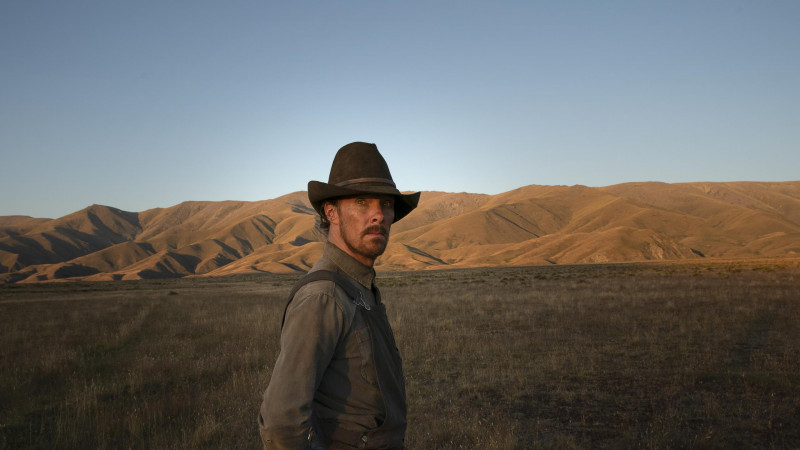 The Power of the Dog

Jane Campion returns to feature filmmaking after a 12-year wait and proves she can still paint a portrait like no one else. With a pitch-perfect performance from Benedict Cumberbatch as its foundation, The Power of the Dog drips menace from every frame, challenging audiences to read between the lines to find the nuance within.

Based on the novel by Thomas Savage, The Power of the Dog stars Cumberbatch and Jesse Plemons as brothers Phil and George Burbank, well-to-do ranchers in 1925 Montana. George quickly falls for widow and inn owner Rose Gordon (Kirsten Dunst), forcing the brothers to take her effeminate son Peter (Kodi Smit-McPhee) on board, all of which causes the vindictive Phil to spiral.

Campion has a truly superior understanding of filmic language. Where a lesser director might throw in an unremarkable establishing shot, she will instead let the textures of an environment guide the mood, whether she’s creating unease with the rustle of tussock grasses or letting the sudden striking of a match briefly reveal a sinister smirk. Campion’s script is as elegant as her direction. There is so much to discover in every line, and just as much in every pause between.

Phil rules through a thick veil, and only we, the audience, are privy to what’s beneath. Subtly manifesting shifting power dynamics, a crisis of masculinity, and psychosexual tension, Cumberbatch spits more venom than a poison-tip dart. Rose and Peter represent existential threats, forcing him to acknowledge buried confessions that keep him awake at night – and so, they must be destroyed. Smit-McPhee is another standout as Phil’s one true intellectual rival.

While a brasher climax could easily have taken from the film’s masterfully constructed slow burn, I wanted to feel more bruised as it faded to black. Still, The Power of the Dog soars as an examination of unfulfilled desire and tactful manipulation. A flawlessly crafted work with a unique story to tell.