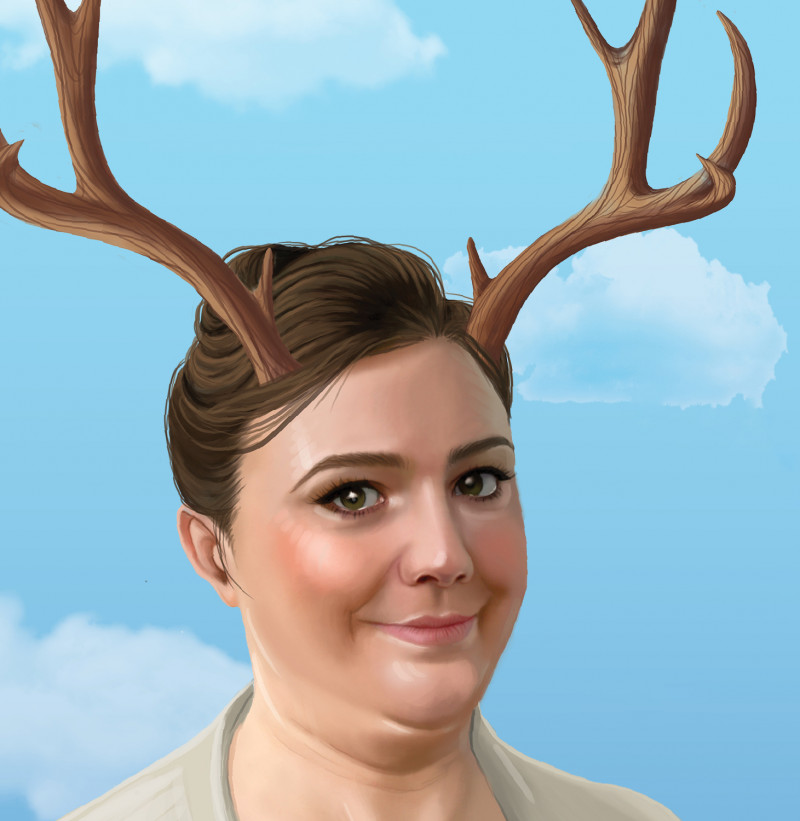 The Merry Wives of Windsor

Sir John Falstaff is a stout, snotty, slimy knight intent on married women. Not one to put all his eggs in one basket, he attempts to woo two wives at once: Mistress Page and Mistress Ford. Unimpressed by Falstaff’s lazy advances, they enlist the townspeople in an elaborate revenge scheme involving dung, drag, and fairies. Playing every single character with gusto and flabbergasting energy is actress Katie Boyle.

This 90-minute one-woman show is an exercise of endurance. Boyle does a remarkable job; she never lets up, loses her place, fumbles a line, or switches roles at the wrong moment. No accents or attributes linger as she jumps from one character to the next with lightning speed and commitment. Her characterisations are both clear and comedic. While Boyle makes every effort to take her audience with her, at this mile-a-minute pace, you can’t pause to think about the line you’ve just heard or you’ll miss the next one. I do think condensing the work into a one-act play would make it easier to follow and give it more impact.

Where The Merry Wives of Windsor shines is in Boyle's adlibs, asides, and audience interactions. I would be really interested to see more social commentary in this production. Boyle pokes fun at the characters and makes topical observations but doesn’t go that step further. When Mr Ford (aka Mr Brook) flies off the handle into a violent rage because he suspects his wife of infidelity (on no grounds), his actions perpetuate a dangerous, pervasive attitude towards women. Because this isn’t your run-of-the-mill, word-for-word Shakespeare production, highlighting this toxic behaviour wouldn’t be out of place, but would elevate the work from simply entertaining to one with intent and purpose.

Overall, The Merry Wives of Windsor is a riotous romp. It’s fun and funny but lacks the emotional dimension that makes a show stick with you.