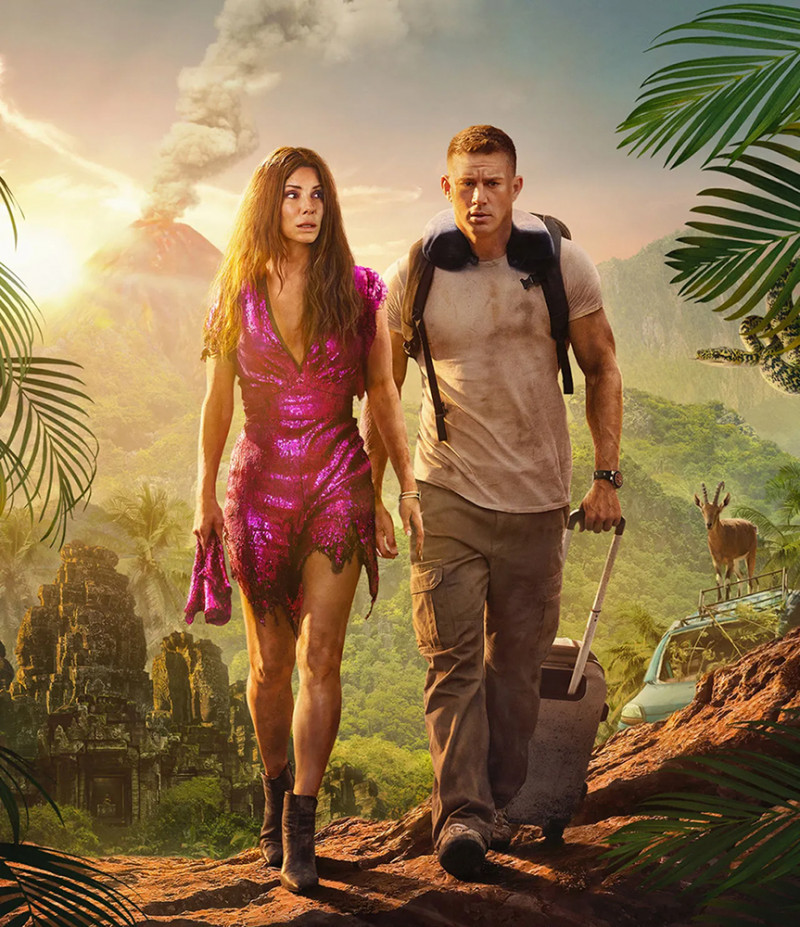 The Lost City isn’t a perfect film, but by sticking to its genre and utilising the on-screen chemistry of its cast, I never found myself bored during this star-studded action-comedy. In fact, it was a heck of a lot of fun!

Reclusive author Loretta Sage (Sandra Bullock) uses her knowledge and passion for anthropology to write about exotic places in her popular adventure novels that feature a handsome cover model named Alan (Channing Tatum). While on tour promoting her new book, Loretta gets kidnapped by an eccentric billionaire (Daniel Radcliffe) who hopes she can lead him to an ancient city's lost treasure. Determined to prove he can be a hero in real life and not just in her books, Alan sets off to rescue her in what turns out to be an adventure the pair will never forget.

You never really know if an action-comedy is going to be funny, but in the case of The Lost City, it definitely nailed the comedic side of things. Although Bullock and Tatum have their moments, it was surprisingly the film’s minor characters who I found the most amusing. Whether it was Brad Pitt’s brilliant 10-minute cameo, the exploits of Loretta’s tour manager (Da'Vine Joy Randolph), or a slightly inappropriate pilot (Oscar Nuñez) and his goat (yes there’s a goat), the supporting cast all played their roles to perfection.

Bullock and Tatum’s on-screen chemistry was also a highlight. The two bounced off each other throughout the film while playing to their strengths. The film didn’t overdo it – there was action when it needed action, and a little bit of emotion when it needed a little bit of emotion. A small let-down was Radcliffe and his evil billionaire character Abigail Fairfax. The villain lacked any real depth – it would have been nice to learn about something other than his endless hatred for a younger brother we never meet.

Visually stunning throughout, The Lost City does a fantastic job of recreating the magnificent world Loretta describes in her books. The film never tries too hard, and the holes in the pretty-predictable plot are quickly filled with the many humorous moments, all of which are portrayed terrifically by a fantastic cast. The perfect word to describe The Lost City? Fun!