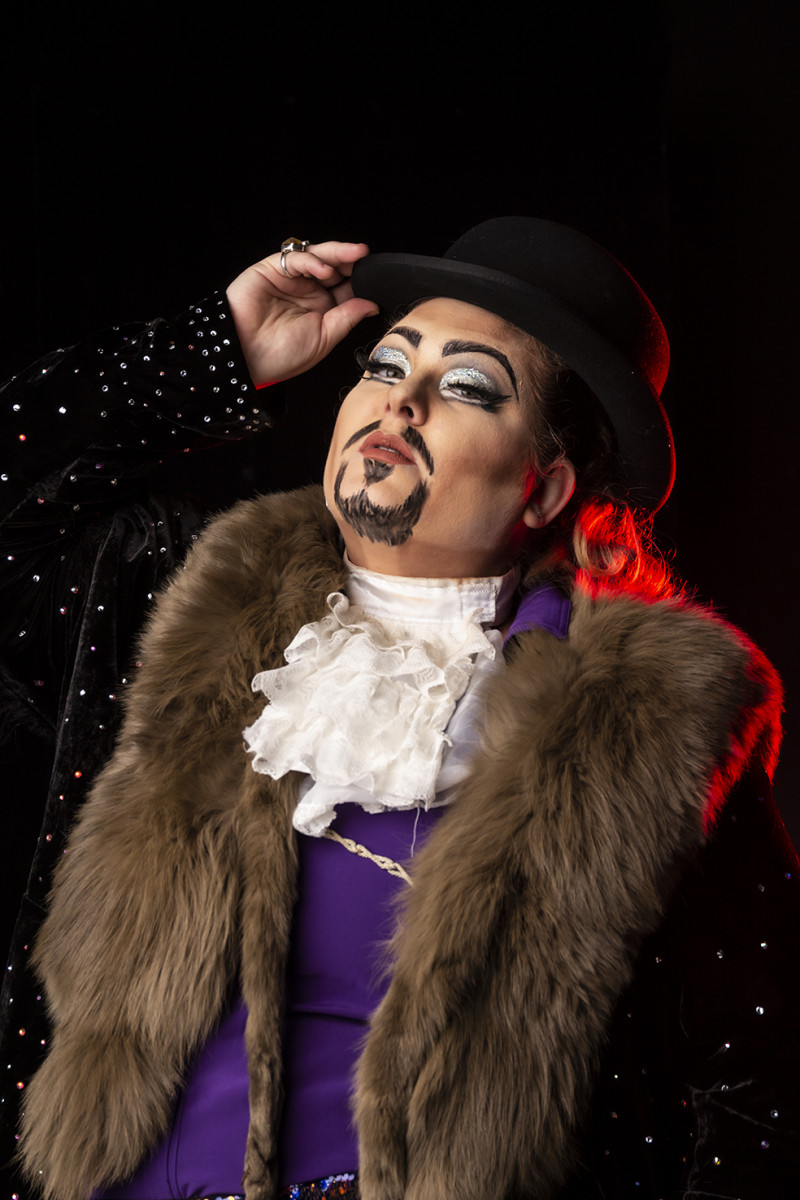 According to Hugo Grrrl and the internet, Wellington has more drag kings than any other city. Every couple of months The Little Boys’ Room brings a handful of them to the stage to show that when it comes to kings, the capital has quantity and quality.

Hugo, tonight’s MC, begins the show with his usual infectious energy and an audience warmup, which involves a sliding scale of orgasm sounds (“low groans” which escalate to eye-rolling screams). He informs us that “whatever sexuality you came in with, you won’t be leaving with it,” and introduces the first of many performers to prove his theory.

Up first, Ju Májin emerges from behind the sequinned curtain, showing us exactly how to tease an audience. Bjorn Toolove makes his debut by ruining rubber ducks and evidently, childhoods; the audience can’t help but love it. In a hilarious tribute to Jack Black, Mr Mellow delivers a super tight lip-sync with the hole in the crotch of his pants undoubtedly stealing the show. Dan the Comedy Man has the audience in eruptive laughter; his deadpan, dirty dad jokes are the perfect ingredient for brewing the most delicious awkwardness. Also bringing something different, Eddie D’amore’s goosebump-inducing singing spoke to my soul, while Hannah Harlot stunned the audience with classical dance to remind us that the planet is burning. Painted in Earth-like blue tones which slowly reveal fiery body paint, their makeup artistry had me in awe. Jack Christoph energetically “serves sexy” with an amusing and nerdy strip tease, followed by a jaw-dropping performance by Timothy Taffy, whose hilariously aggressive ‘masturbation’ left Hugo cleaning up a lot of white silly string after the show. Queen’s Don’t Stop Me Now will never sound the same.

Yet again, The Little Boys’ Room left the audience begging for more. We’re treated not only to drag king staples like tearaway pants and fake phalluses, but powerful political statements, stand-up comedy, and live singing. It’s safe to say this show has something special for everyone.