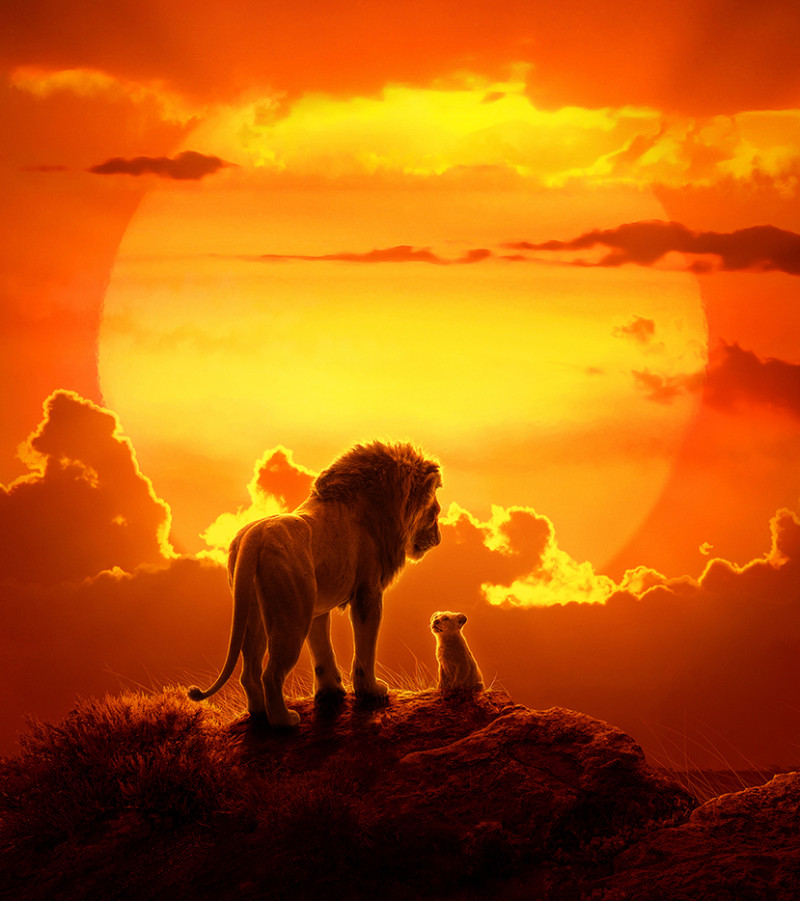 While The Lion King (2019), a direct remake of the 1994 film, boasts visual effects that wouldn’t seem out of place in the latest David Attenborough wildlife documentary, it comes across as an exercise in CGI, and does not justify its existence.

The visual effects team at The Moving Picture Company more than earn their keep. The animals and locations are rendered beautifully, and this treatment is not just reserved for lead characters; the Pride Lands look and feel like a natural African habitat. The combination of photo-realism with unnatural behaviours is seamless and not distracting.

However, the voice cast struggles to push real emotion through – yes, realistic – neutral-faced animals. When 1994-Simba cries for Mufasa, we all cried with him. When 2019-Simba (JD McCrary) cries, it looks very similar to how 2019-Simba smiles. There are standouts amongst the supporting cast, particularly Billy Eichner and Seth Rogen as Timon and Pumbaa, and Eric Andre and Keegan-Michael Key as Scar’s hyena henchmen Azizi and Kamari. These pairings manage to inject immediate comedic chemistry into what otherwise feels like a lazy regurgitation. Other cast members, such as Beyoncé as Nala and Donald Glover as adult-Simba, offer nothing interesting vocally and appear as stunt casting.

Another let down was the simplification of some of the finest musical moments in movie history. Scar’s scary and sassy Be Prepared is dampened and completely forgettable. Can You Feel the Love Tonight is an excuse for Beyoncé and Glover to appear on a track together, but the mix is sloppy and does no favours for either star – one friend even called it “grating”.

It seems Disney thought they had a good movie that people wouldn’t mind seeing again. The problem is that this isn’t a good movie, this is The Lion King, for many, the finest film of Disney’s renaissance. This retelling’s astounding effects and moments of comedy do not offer enough to return to this version.