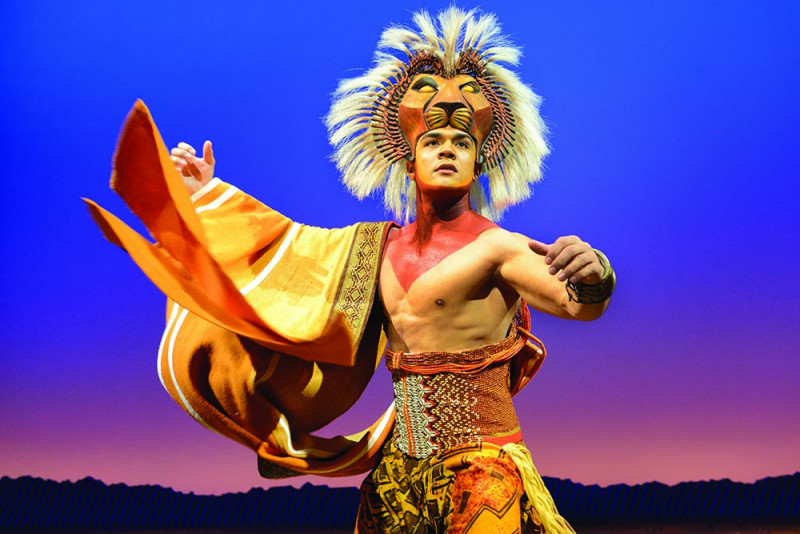 Music and lyrics by Elton John and Tim Rice

A diehard The Lion King fan, I walk into Spark Arena barely containing my excitement, only to have my sky-high expectations met and exceeded by the very first note. Two minutes into Circle of Life and I’m already crying. Those tears flow five more times as I feel The Lion King transport me back to my childhood with stage magic the likes of which I’ve never seen before. The sad scenes aren’t what get me but the sheer spectacle, the unfathomable artistry on display. As I say to my husband Dean after the show, I’ve never cried at how good something is before, and yet here we are.

To even begin to comprehend why The Lion King is so good, we must start with Julie Taymor. Not only the director but the costumer and the co-designer of mask and puppetry with Michael Curry, Taymor’s vision is monumental. From ginormous giraffes to mischievous meerkats, “from the crawling ant to the leaping antelope”, her designs capture the vast scope of the animal kingdom and are brought to life by world-class choreographer Garth Fagan, who emboldens a cast painted by hair and makeup designer Michael Ward to truly embody each animal. The stunning masks of Scar (the standout, terrifically terrible Antony Lawrence) and Mufasa (the gallant Mthokozisi Emkay Khanyile) feel as if they move, even breathe, on their own.

Two highlights for me are moments not on film: a powerful and poignant scene in which Rafiki (the extraordinary Futhi Mhlongo), Young Nala (brilliance from Filia Te), and Sarabi (Lungile Khambule, the picture of mourning) grieve the loss of Mufasa and Simba; and the massive number He Lives in You, which is still stuck in my head!

While I can’t do The Lion King justice with words, and so few words at that, I’ll do my darndest by saying out of the hundreds of shows I’ve been to, I think it’s the best thing I’ve ever seen.