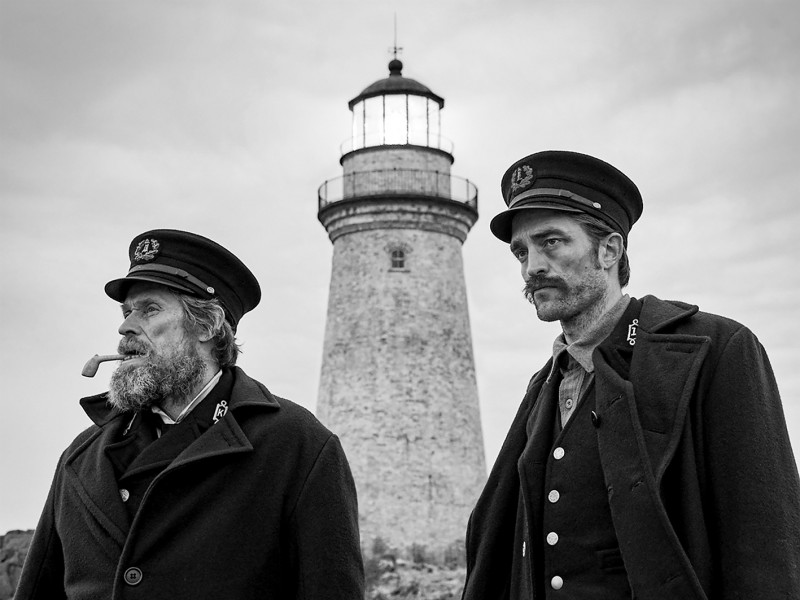 A week on from seeing Robert Eggers’ The Lighthouse, I’m still struggling to gather my thoughts on it. Was it mesmerising? Yes. Devastatingly beautiful? Yes. Upsetting? Hell yes. But some may leave the cinema wondering what the film was trying to say.

The Lighthouse stars Robert Pattinson as Ephraim Winslow, a lighthouse ‘wickie’ on a barren island in the late 19th century. His mentor Thomas Wake, played by Willem Dafoe, is a veteran of the trade. The men slowly slip towards insanity when Winslow’s stay is extended by a vicious storm that leaves him stranded.

Eggers has created a film that could not be defined under any one genre. Its imagery is simultaneously random and purposeful, which adds to the sense of confusion that is felt by the characters and shared by the audience. As the characters sink into alcoholic tendencies, hallucinations of mermaids and sea monsters leave us uncertain and untrusting.

The film is shot in black and white at an almost-square aspect ratio; making it any other way would feel inappropriate. Eggers and cinematographer Jarin Blaschke manage to visualise a time period without either character having to utter a word of exposition.

The fact that Dafoe did not receive major awards recognition is a crime. The chemistry he and Pattinson share ventures down strange paths, from anger and frustration to close friendship and sexual tension. And yet, it never feels unnatural, even as the actors adjust to deliver poetic dialogue in old-timey pirate voices. Moments between them will make you laugh, empathise, and wince in horror.

Many will leave The Lighthouse unsatisfied. While it clearly tackles masculinity and isolation in an utterly unique way, it asks more questions than it answers. But madness is often intangible, and Eggers dies by the laws of show-don’t-tell cinema. Don’t expect to be told a story here, expect to be sucked into one and spat back out a little more unhinged.