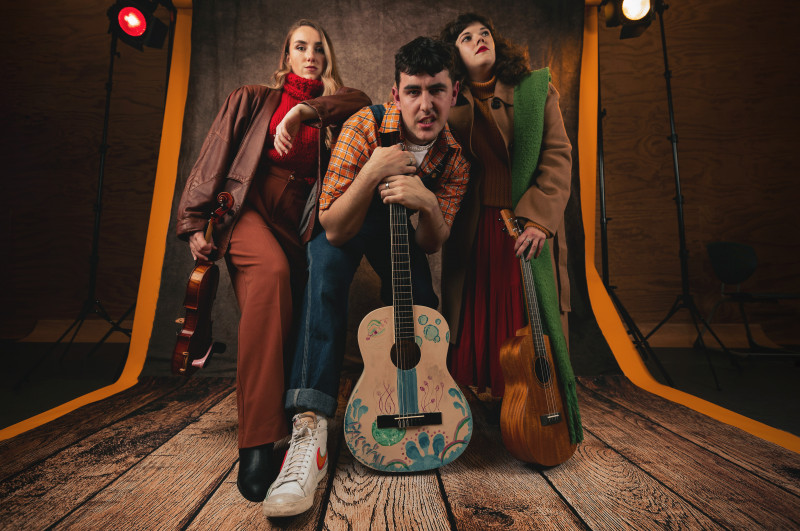 Directed by: Greta Casey-Solly with musical direction by Hayden Taylor

The July Project is a theatrical concert performed by a cast of 14, many of whom play instruments, and an excellent band of four – conductor Hayden Taylor (keys), Bec Watson (percussion), Steve ‘Shack’ Morrison (guitar), and Logan Hunt (violin). While some songs are softer and sweeter than other rowdier ones, they’re all big, with a large portion of the setlist comprising musicals like Waitress, Into the Woods, and Songs for a New World.

The two pieces from Groundhog Day: The Musical are among my favourites for their comedy. Aimée Sullivan gives a masterful performance of One Day, while Stuck, featuring a large ensemble centred on Jackson Burling, has the audience laughing out loud – and loudly at that. Third up on the bill, Stuck is where The July Project starts to really shine.

The setlist order means sometimes the energy is brought up by a raucous number like Hundred Days performed by Aine Gallagher and William Duignan, the memory of which still brings a grin to my face as it circles around my head, only for a power ballad to swoop in (Jade Merematira’s unbelievable My Future) just when the audience is getting ready to boogie in their seats. That same juxtaposition plays out earlier in the electric Over and Done With, followed by Cailin Penrose and Ben Emerson’s Simple and True, which envelops me in whole-body chills. ‘Scuse me while I pick my jaw up off the floor. On that note, a special mention to the te reo rendition of Don’t Dream It’s Over by Merematira, Burling, and Mia Alonso-Green for the shivers it shoots up my spine.

There’s a 70s aesthetic I don’t quite understand (although it makes for a colourful picture), nor am I clear on the theme or what ties the songs together. But ultimately, this is all small fish for a show that makes us feel part of something special, where a radiant cast fizzes with genuine camaraderie and more talent than you could slap a banjo at. Thanks to WITCH Music Theatre for an utterly joyful experience.