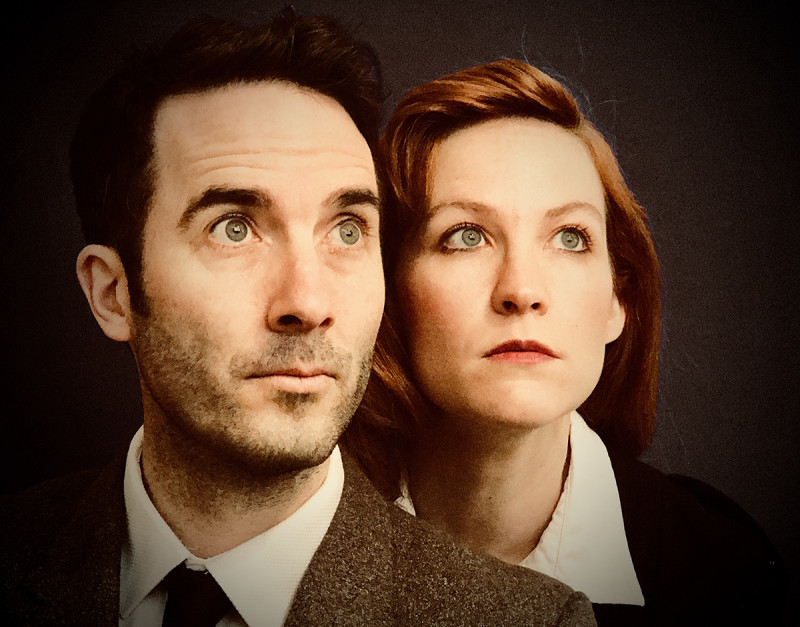 All power to BATS for pushing ahead with the NZ Improv Festival under COVID Alert Level 2 and making it work. Suitably spooky music from the keyboard of Matt Carroll greeted the masked-up audience as they entered the Random Stage and found their physically distanced seats for this one-off supernatural story.

Those familiar with The X-Files would have immediately recognised the premise of this show with intrepid Agents Smoulder and Gully of the Federal Bureau of Improvisation investigating the unusual disappearance of an unnamed woman who has been drawn into a desert canyon near Cactustown, Arizona by mysterious voices from the past.

Even though some of them are too young to have seen the original TV show, the ensemble cast of Aaron Douglas, Christine Brooks, Ben Jardine, Liz Butler, Trubie Dylan-Smith, Laura Irish, and Daniel Allan cleverly weave a tale worthy of the X-Files scriptwriters using the scant offering of a generic outdoor location from an audience member.

Utilising their enviable physical theatre and characterisation skills, we’re soon introduced to hapless white-trash couple Clarice and Chuck and their parents, the local sheriff and his wannabe deputy Cletis, an 86-year-old librarian, and The Town Psychic. Collectively, they help the agents solve the mystery of the Lost Girls who disappeared on a Hanging Rock-style picnic in 1903 and have now somehow been transformed into a drooling monster from an unearthly, triangle-based realm, accessed through Cactus No. 3, that just wants a family. They even manage to exploit the underlying sexual tension between Mulder and Scully that so titillated X-Files audiences in the 1990s.

The cast are supported by appropriate lighting changes and blackouts that occasionally cut them off or leave them hanging to hilarious effect and Carroll’s background music that neatly highlights the tense finale. Some basic costuming and four red blocks provide just enough setting.

The great joy of improv is that you never see the same show twice and as a one-off festival performance, The I-Files delivered in spades.