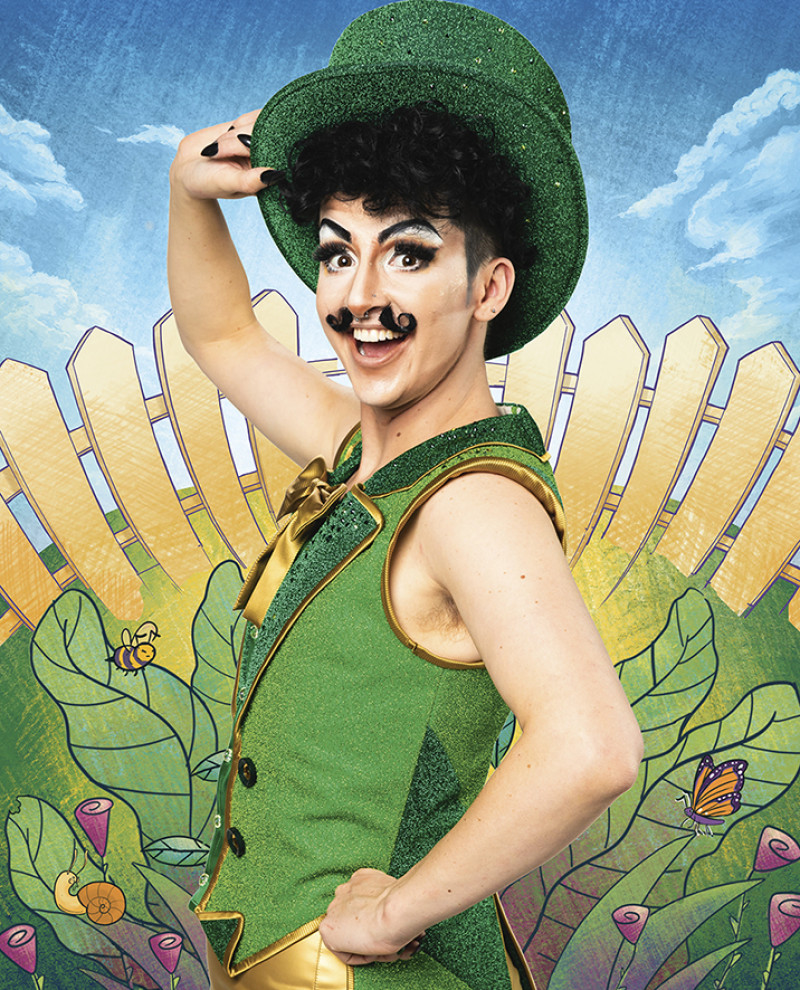 It’s the last day of the planting season, and Hugo the Gardener (Hugo Grrrl/George Fowler) is anxious to get his seeds in the soil to grow into the perfect garden. There’s just one problem: he’s too afraid to get started. Directed beautifully under Lori Leigh’s eye for intricacies, The Glitter Garden follows Hugo as he’s visited by garden friends who teach him about patience, kindness, and self-love.

In a world-first drag musical for children, we walk through the theatre doors into Hugo’s backyard on Pride Parade. Immediately, we’re encapsulated in an otherworldly kind of magic. Sean Coyle and Lucas Neal’s set design exceeds expectations, stunning the audience with the magical props and Dr. Seuss-esque scenery.

The backyard comes to life with an enchanting lighting change (lighting design by Marcus McShane) as Hugo makes a wish on a dandelion. With a catchy rap number (sound design and composition by Maxwell Apse) we’re introduced to The Ever Changing Boy (Björn Åslund), Robin Yablind (Monique Walford), and Eva Goodnight (Nick Erasmuson), whose captivating performances induce tears.

So delightfully animated he could have been built as part of the set, Hugo remains on stage for almost the entire show, seeking gardening advice from the audience. One by one, his garden friends come and go with three magical costume changes (costume design by Victoria Gridley). While Hugo takes the musical theatre route by singing live, the others deliver spot-on lip-syncs true to the drag artform (vocals by Maxwell Apse, Pippa Drakeford, and Stevie Hancox-Monk).

While some argue that drag isn’t for children, these kings and queens elegantly assure us that anyone can twirl in a tutu, get messy in the mud, and dance like a butterfly ballerina; being yourself is the most important thing.

By the finale, the full-capacity crowd is singing, dancing, and without hesitation, on their feet in a standing ovation. Undoubtedly, The Glitter Garden is a must-see that will bring colour and sparkle into the lives of kids and ‘big kids’ alike.