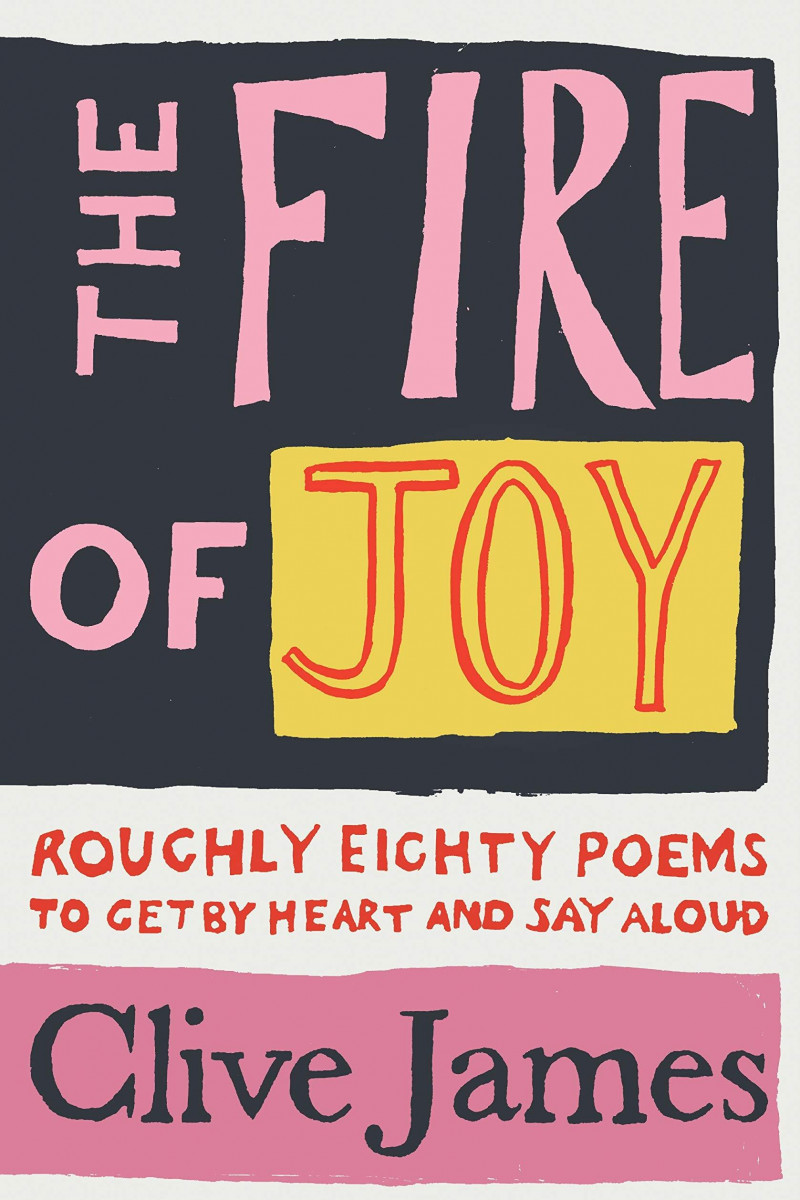 The Fire of Joy

Late last year I reviewed my first poetry book, Magnetic Field by Simon Armitage, and like the great cliché “you wait for one bus, then two come along”, another must-read poetry book arrives. The Fire of Joy is Clive James’ last book before passing away in 2019. It’s a wonderful tribute to a word scholar who prized language above anything else.

This final chapter celebrates the poets and poems that had guided him through life. It also comes with the instructions to speak these poems out loud, something I attempted. Twirling spectacles in one hand and the book at arm’s length I strode manfully up and down the living room, five paces up, turn, repeat.

Not unlike the idea of Alan Bennett’s Six Poets: Hardy to Larkin (2014), James introduces us to over 80 poems with the neat trick of dissecting each of them in his own unique way. It might have been prescient to see the forthcoming suicide of Sylvia Plath in Cut, James muses.

Philip Larkin’s An Arundel Tomb is essentially about an earl and his countess. I’ve always felt it’s about death. The ossuary where the couple lie is adorned by a carving. James notices, in the poem, one hand from the earl has slipped from his gauntlet and holds tight the hand of his beloved. Suddenly, Larkin’s last line, “What will survive us is love” is at once prophetic as well as succinct.

James is not above caustic remarks. He notes that E. E. Cummings had nothing but scorn for capitalism but lived on a trust fund. Dorothy Parker’s One Perfect Rose displayed her famous wit before James informs us that Parker became a hopeless drunk. Likewise, Wallace Stevens was spoiled by bourgeois dependability. I’m sure James wanted them all starving in a garret somewhere.

The short pithy essays explain the structure, and the story behind such seminal works from so many poets is a welcome tool for beginners and scholars alike. Simply put, this is a book that should be in every school library and home.