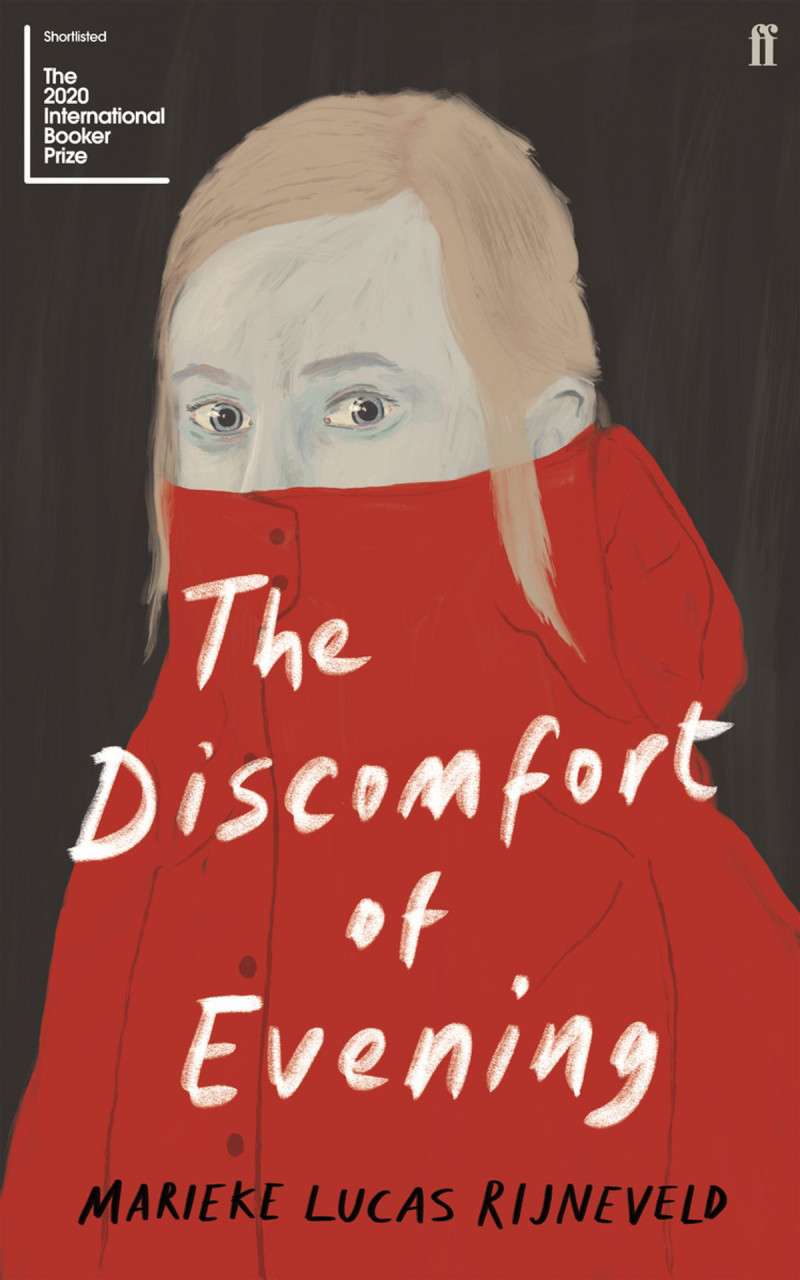 The Discomfort of Evening

The Discomfort of Evening is a disconcerting read.

Marieke Rijneveld sets the tone in her opening chapter with a blunt discussion of death, which continues to be a running theme throughout the book, captured through the chaotic train-of-thought style of a child. Jas, our young narrator, offers us the briefest of glimpses of Matthies, her eldest brother, before Jas casually offers a bargain to God: take Matthies instead of her pet rabbit, who she suspects her father is planning to kill for their Christmas dinner. Later that same day, Jas overhears her mother receiving the terrible news of Matthies’ accidental death. The idea of guilt and accountability, or payment for sin, in the eyes of a child is a complex one, which Rijneveld explores in the context of a deeply religious family and community, where open grief and conversations about mental health are not encouraged.

Through the lens of Jas’ perspective, we see a family unravelling after tragedy. While the grieving parents struggle to maintain structure for their remaining children, the siblings left behind begin their own explorations into the subject of death and how to avoid it or meet it on their own terms. The sudden and accidental nature of Matthies’ death leads Jas, Hanna, and Obbe to attempt to exert control over their surroundings and the course of their own lives.

Trauma manifests in strange ways, such as Jas constantly wearing her red coat and obsessively holding in her poo, as she struggles to gain power over her own body and life. Some of the rules that Jas implements seem to be a sort of bargaining with God; Jas becomes fixed on the idea that a sacrifice of some kind must be made to save her parents, who she feels slipping away from her. Meanwhile, natural childish curiosity about sexuality becomes tangled with disturbing acts of violence and abuse.

The Discomfort of Evening is a dark exploration of the creative superstitions of children as they fight to make sense of the world around them, with a slow aura of dread building to an unforgettable finality.