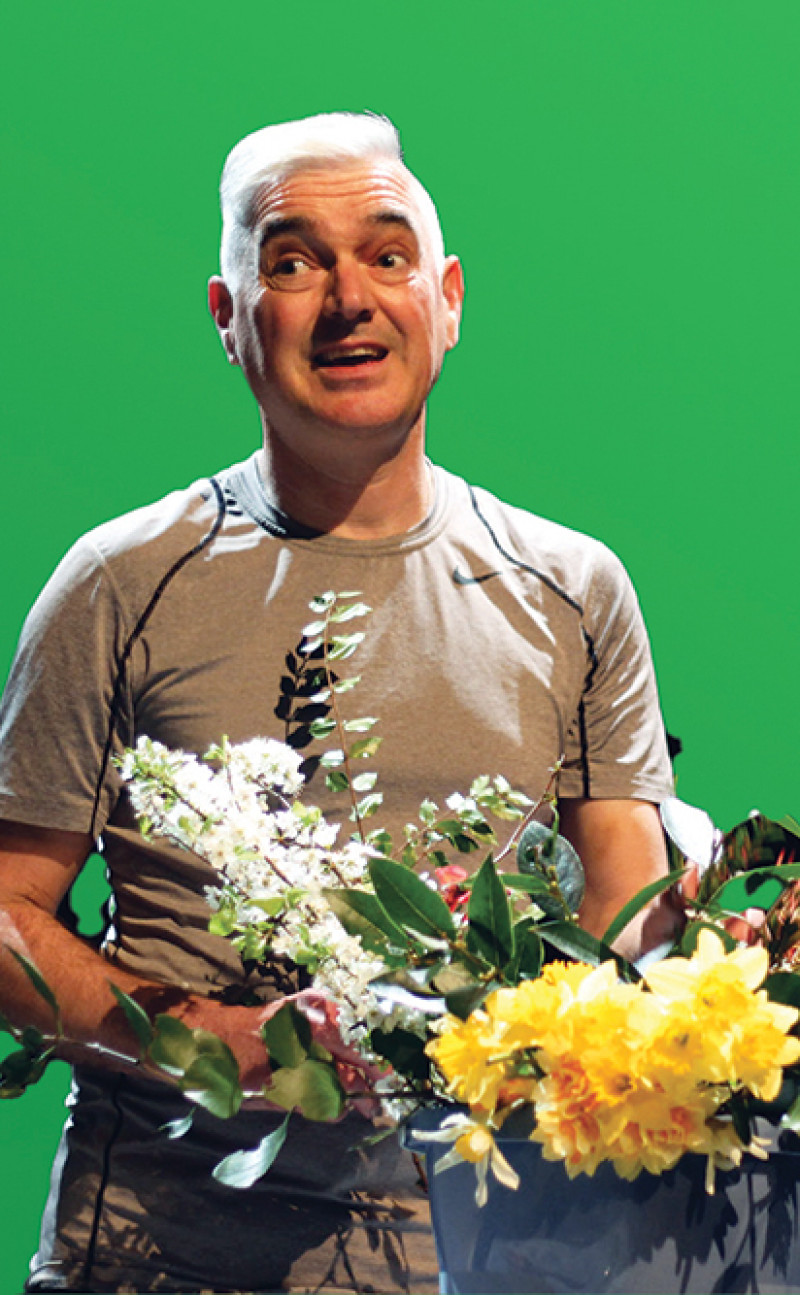 Michael Metzger's award-winning PhD performance piece The Changing Shed deserves every iota of praise it has received thus far. Metzger is effortlessly hilarious and instantly relatable to all as he takes us through the trials and tribulations of a queer farmer's son.

From the moment we enter the space, I am entranced. Metzger limbers up as we take our seats then lays out the groundwork, both literally and metaphorically, setting down masking tape crosses to form a map of the Otago area. This wonderfully engrossing technique humanises our protagonist and grounds the story simultaneously. Before long, we are deep into marathon training and chicken raising, seeing both past and present alongside one another.

Metzger's magnetic stage presence and easy charm make him an absolute pleasure to watch. He cracks wise, treats us to a remarkably impressive flower arranging demonstration, and makes regular use of the on-stage treadmill. All the while, he paints a picture of his childhood, of all the things that push him to run. It is a marvellous performance that tugs on the heartstrings of the rightfully packed house.

My only complaint is that there wasn’t more. The piece felt like it was building to something that never quite came, a finale to round the performance out. With such a complex character portrayed by such a talented performer, I would have happily eaten up another 20 minutes of anecdotes and musings.

On as part of the TAHI New Zealand Festival of Solo Performance, the piece deals with a number of topical issues, primarily bullying and homophobia, and it does so with class and finesse every time. It manages to be hopeful without being preachy, condemning without being hateful. Even the references to assault are somehow tasteful. The Changing Shed takes a snapshot of 1970s Aotearoa and holds it up to the modern day. Some things are still awfully familiar, but the show offers a message of unity and growth. The last thing I would call it is ‘timid’.