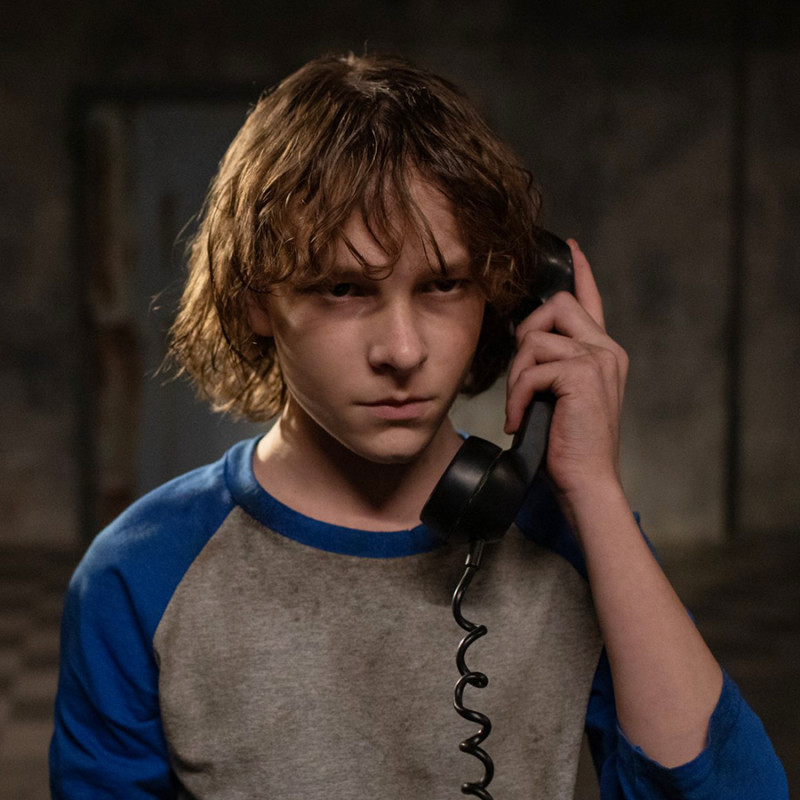 As someone who is definitely not the biggest fan of scary films, I thoroughly enjoyed The Black Phone. More thriller than sinister, it may not be as terrifying as a diehard horror fan would like (even though those people are crazy), but with a terrific villain, and a twisty story, it is a must-watch for those who enjoy suspenseful thrills.

Finney Shaw (Mason Thames) is a shy but clever 13-year-old boy who’s being held in a soundproof basement by a sadistic, masked killer nicknamed The Grabber (Ethan Hawke). When a disconnected black phone on the wall starts to ring, Finney soon discovers that he can hear the voices of the murderer’s previous victims who are set on making sure he survives.

It was really refreshing that director Scott Derrickson chose to refrain from the jump scare after jump scare model and instead used suspense and dialogue to juice up the spook. Don’t relax just yet, there are still a few jump scares thrown in there, all of which are freaky and disturbing. Hawke gives a great performance as the masked killer, using subtle changeups in his voice to great effect while Thames nails his role as a young kid often balancing fear and courage. Although somewhat predictable, the story is intriguing, as you are just as excited and anxious as Finney each time the phone on the wall rings.

If you watch The Black Phone hoping to be unable to sleep for a week you will be disappointed. As mentioned, there are some disturbing moments, but overall, it lacks that killer punch that will leave you shaking in your boots. For example, The Grabber makes basement visits in his creepy mask, saying some spooky things, but often these encounters just end with two people talking in a basement. However, suspense is instead the hero thanks to scenes that use sound (or lack of), pace, and background activity to get your heart pumping.

There’s nothing unheard of in The Black Phone, but through great performances, some creepy moments, and a captivating plot, it is one of the few ‘scary’ films I would enjoy watching again.