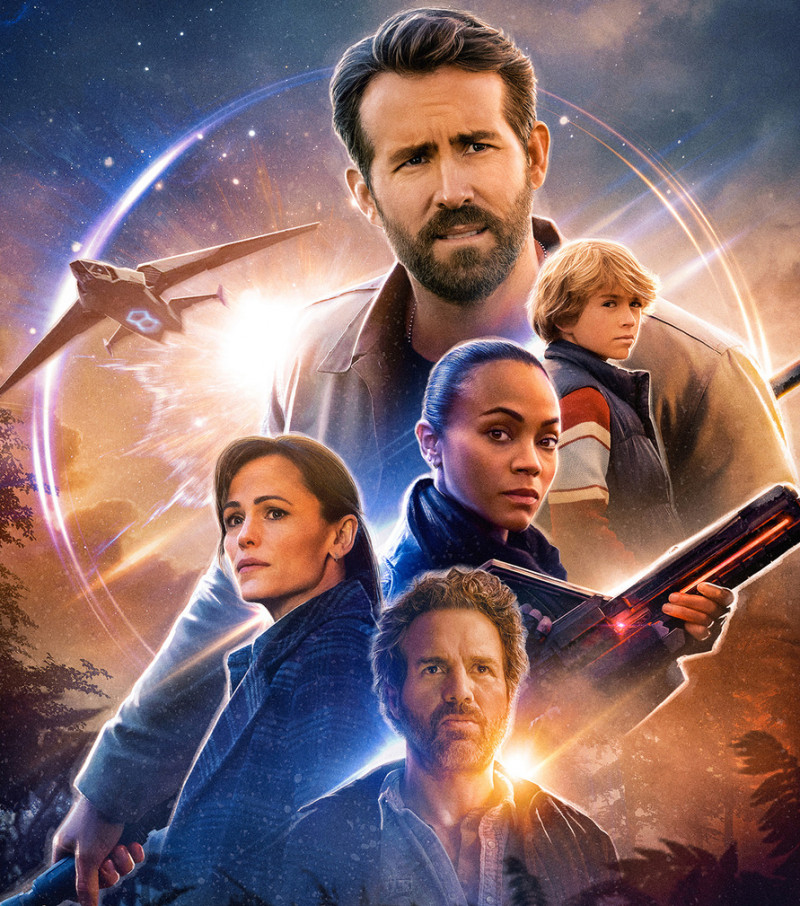 I am a big believer in judging a film for what it is. For example, if I watch Dodgeball, a comedy about grown men throwing dodgeballs at each other, I’ll be completely satisfied if I walk away having laughed a bunch of times – I’m not looking for a masterpiece. The Adam Project does its job. Director Shawn Levy has created a fun adventure that families can enjoy for a few hours before likely forgetting about the film a few weeks later.

In a dystopian 2050, fighter pilot Adam Reed (Ryan Reynolds) steals his time jet and escapes through time on a rescue mission to 2018. However, he accidentally crash-lands in 2022 instead where he meets his 12-year-old self (Walker Scobell). The duo team up on a mission to save future Adam’s wife (Zoe Saldaña) but in doing so the pair must come to terms with their past while saving the future.

The story was decent but what really impressed me was Scobell's performance. Anyone who has seen any Reynolds movie in the last five years knows exactly what they are going to get from the star who seemingly plays the same character in all his latest films. However, Scobell, who also had the added pressure of it being his first big role, did an awesome job. He nailed 12-year-old Adam by being cheeky, funny, and emotional when needed. And even though Reynolds again stuck to what he knows, I can’t say he didn’t do a good job.

The film had me laughing out loud at times and I did feel a little something when things got a bit more serious and emotional towards the end. Some of the CGI was average, especially the de-ageing ‘deep-fake’ used on Catherine Keener who plays villain Maya Sorian – it looked terrible. And I still have no idea how time travel works despite Adam’s father (Mark Ruffalo) explaining it a bunch of times. The Adam Project did what it needed to do. Will I watch it again? Probably not, but it was still an entertaining ride that I think most people will enjoy.