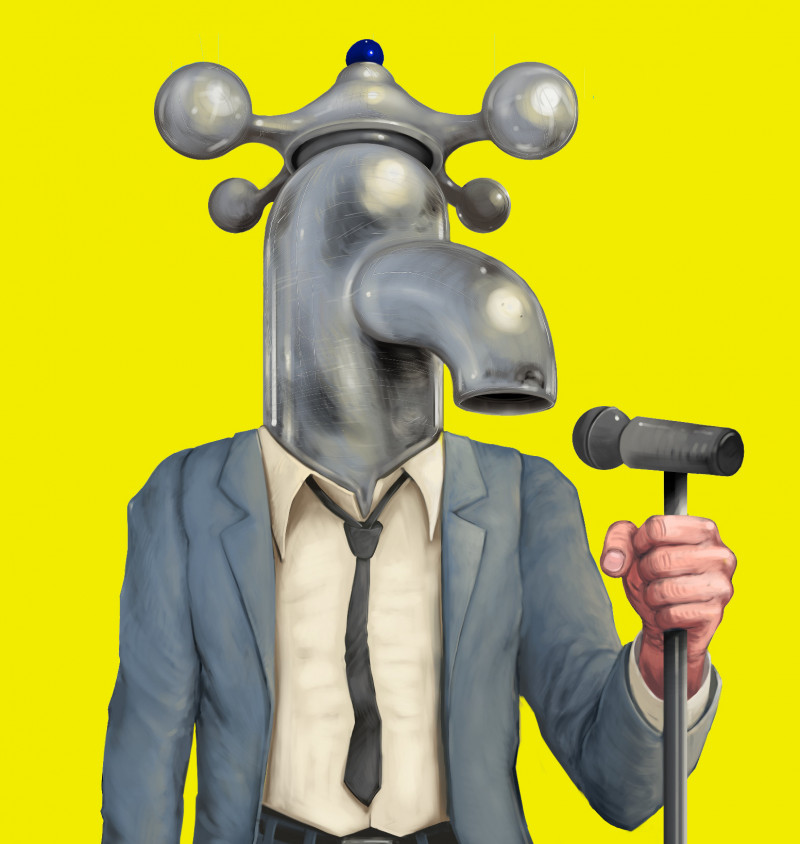 With Tap Head, comedian Barnie Duncan has achieved what his mum Robyn, to whom this show is dedicated, always claimed was possible – that you can feel more empathy for an inanimate object than a human being.

The inanimate object in this case is a lonely cold tap who works in a public toilet in Waitangi Park, desperately trying to engage with those who pass through his sterile world. By day, he stares at the smooth mound that resides where the hot tap should be and daydreams about taking his non-existent partner in plumbing to the park to play table tennis. By night, he tries out his vaguely crude and pathetic stand-up routine at comedy clubs.

Also plying his trade on the comedy circuit is Barnie Juancan who, with his freshly shaved knees, uses surreal dad jokes to provide multiple excuses for his literal lateness in starting the show, interspersed with salsa dances. Between digs at Jair Bolsonaro and an Uber ride with a German wasp, he brings a whole new meaning to turning on a tap.

Duncan’s greatest of many performance skills is an aptitude for mime and physical comedy that renders Tap Head a fully formed character with deep feelings. He even bares his buttocks in a sad shower scene that provokes an audible “Awww” from the opening night audience. Sharply contrasting this pathos with the arrogance of Juancan, he leaves us in no doubt as to who we’re rooting for.

It’s only since coming home from seven years in Melbourne that Duncan has found a truly appreciative audience for his Monty Python-esque humour. With Tap Head, he has done his mum proud.