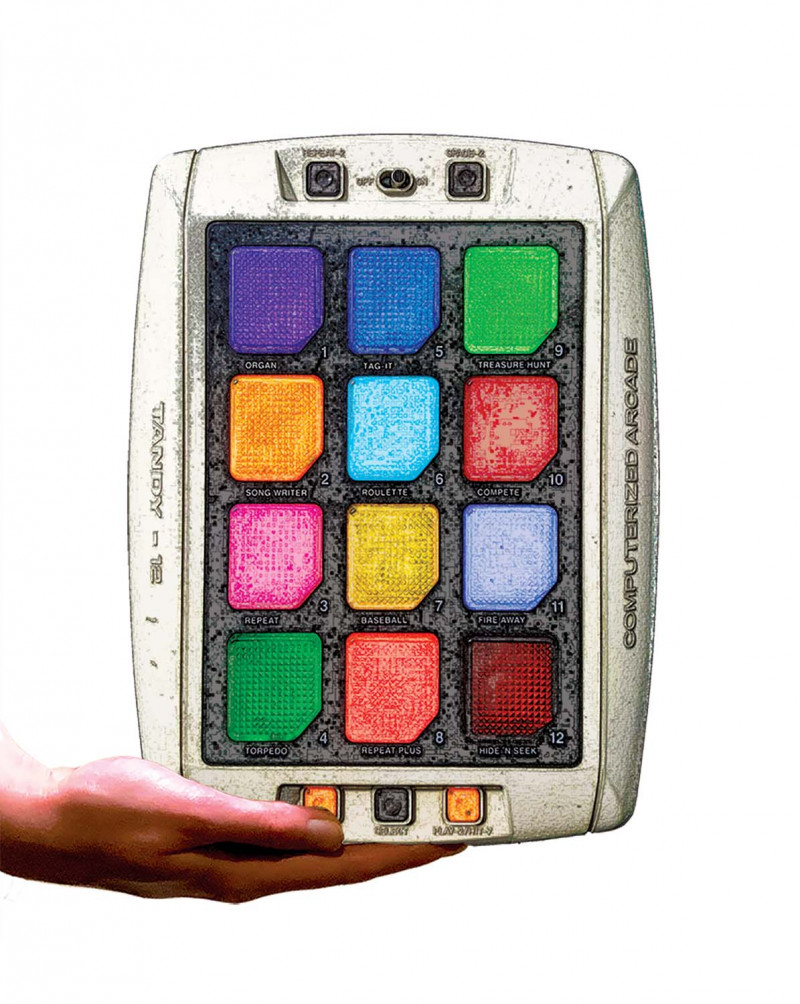 Even if you’re not old enough to remember the TANDY-12 handheld arcade game from the early 1980s featuring “12 challenging games of skill” from electronic baseball to mole-catching and roulette, there is still much to love about this quirky physical theatre production in the intimate Studio space at BATS Theatre.

Tandy Dandy concerns a painfully agoraphobic young woman (Laura Gaudin) for whom the very thought of opening the front door of her house causes uncontrollable anxiety. Then, one day in the shower, she finds a comically long piece of string in the drain, on the end of which is a chirpy TANDY-12. Through its friendship and gentle encouragement, the young woman eventually finds the courage to face her fears and venture into the outside world.

With its flat cardboard set, paper cut-out props, and sliding shower curtain rails for scene changes (also Gaudin), Tandy Dandy has a charmingly homespun and wonderfully creative quality. Gaudin is also responsible for the music, much of which sounds like it has been generated from the electric beeps and trills of the TANDY-12’s Song Writer game (“Record a song of up to 44 notes!”).

As well as her creative talents, Gaudin is a gifted physical theatre performer whose delicate hands and feet, glimpsed through windows in her cardboard world, provide much of the wordless narrative. She anthropomorphises the visiting TANDY-12 into its own living, loving character that peeps round corners, performs a sexy dance with a towel, and creeps outside to pick a flower for its new human friend. Why it has mysteriously appeared from her shower drain is entirely unimportant.

Gaudin is ably supported on the lighting and sound desk by director Hamish Gaudin. He has done a fine job of presenting a well-developed story in a very limited space that is super cute and leaves a smile on the face. At just 25 minutes long, this is a tiny bundle of theatrical joy.