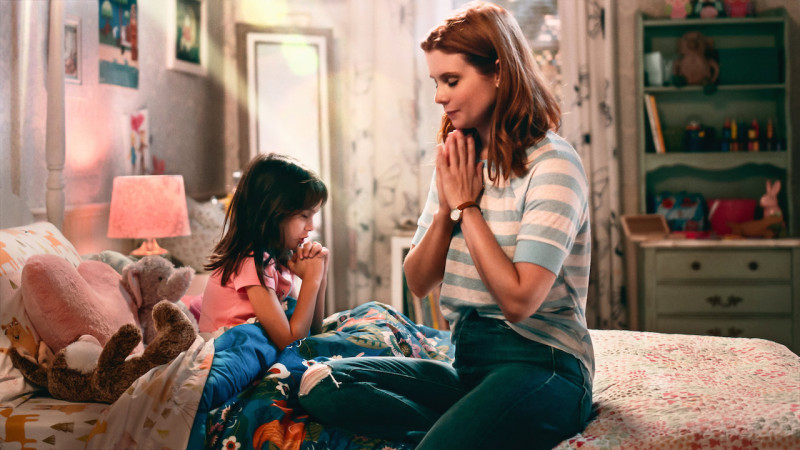 Season one. Available on Netflix

I can’t help but immediately compare Sweet Magnolias to Virgin River. Both are romantic Netflix dramas set in small-town America and star a very attractive red head who loses her husband but finds solace in other relationships. Both also feature a rather dishy male love interest, which might explain why I binged them in a few days. Where Sweet Magnolias doesn’t beat Virgin River is in its exploration of grief. Where it does better is in its celebration and elevation of female friendships.

Maddie Townsend (JoAnna Garcia Swisher) divorces Bill (Chris Klein) after he gets nurse Noreen (Jamie Lynn Spears) pregnant. With three kids between them, Maddie’s world is turned upside down – especially when Bill announces he’s marrying Noreen. For me, Swisher’s wooden performance is what lets Sweet Magnolias down. Her limited emotional range means I don’t believe her character’s response to this trauma. Maddie’s arc is more like a flat line; she even looks a little bored during a steamy sex scene with Coach Cal (Justin Bruening).

Luckily, Swisher is supported by two fantastic actors, Heather Headley as lawyer Helen Decatur and Brooke Elliott as chef Dana Sue Sullivan. Headley carries the emotional weight of the season with a gut-wrenching portrayal of a woman scorned, while Elliott’s giggly flirt fest with a hot guy who’s got a nice car practically steals the show. The chemistry between the three leads is real and palpable; while I didn’t always buy into Swisher’s solo performance, I believed and cherished the heartfelt connection between these characters. The love between them is accentuated by pretty cinematography (Brian Johnson) and soft lighting, almost as if they glow when they’re together.

Sweet Magnolias is the kind of programme you can pop on in the background while baking brownies. You won’t be glued to the screen, but you’ll find its sweetness sneaking up on you until suddenly, you’re hooked. Though unexpected for an otherwise slow-building show, the cliff-hanger ending surely means a second season is in store. I for one will be tuning in.