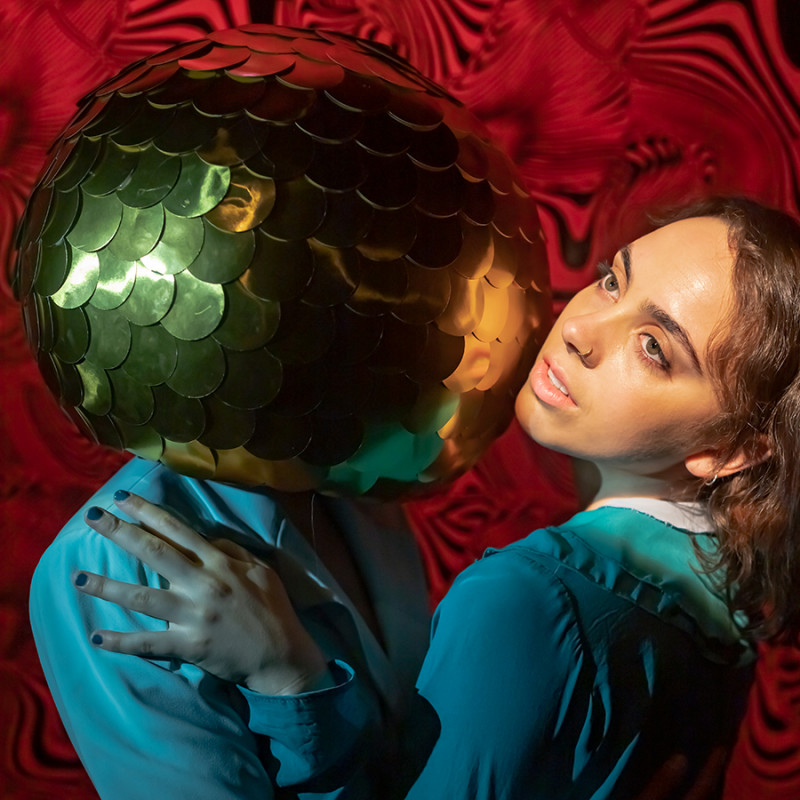 Discotheque (DTQ) are an independent Wellington-based dance company who have been bringing chaotic energy to the stage since 2016. Their works to date are steeped in irreverence, experimentation, and a pure love for the act and idea of dance. Their latest creation SUPER, NATURAL is no exception.

Co-directed by Holly Newsome and Elekis Poblete-Teirney, SUPER, NATURAL is a charming 50-minute romp of sci-fi abstraction, disco, and theatrical effect. The performance relies heavily on experimentation with light, sound, and texture, all of which ultimately lend well to the intended otherworldly atmosphere. It is also carried by six female dancers who ooze charisma and seem to relish and thrive in its quirky realm of existence.

Setting a cinematic, extraterrestrial scene, the performance opens with an ominous sequence of shadow play, robotic voiceover, and plenty of dry ice. The dancers are revealed wearing various iterations of the same green dress. They move in perfect, inhuman unison like aliens trying to fit into a human nightclub or a 30-year-old trying to vibe with surrounding 18-year-olds (no shade intended, I am in the former demographic). It doesn’t take long for the dancers to shed their discipline and spiral into a wild frenzy of leaps and bounds, unveiling their inner party animal.

Adding to the hectic energy, the soundtrack is a layered, pulsing mash-up of disco, talk show fragments, and poppy anthems. Then there is a series of colourful costume changes, from abstract swimsuits to glittery 70s body suits. Disco comes in hard and strong with the dancers imitating the pointed fingers and bouncing hips of the decade. And what would a homage to disco be without a few disembodied disco balls?

SUPER, NATURAL is a genuinely fun and absurd piece of work. DTQ are trying to create a new chapter of accessible dance and I think they are well on their way to achieving that by not taking themselves too seriously. I am excited by their development and am eager to see what weird and wonderful place they end up next.