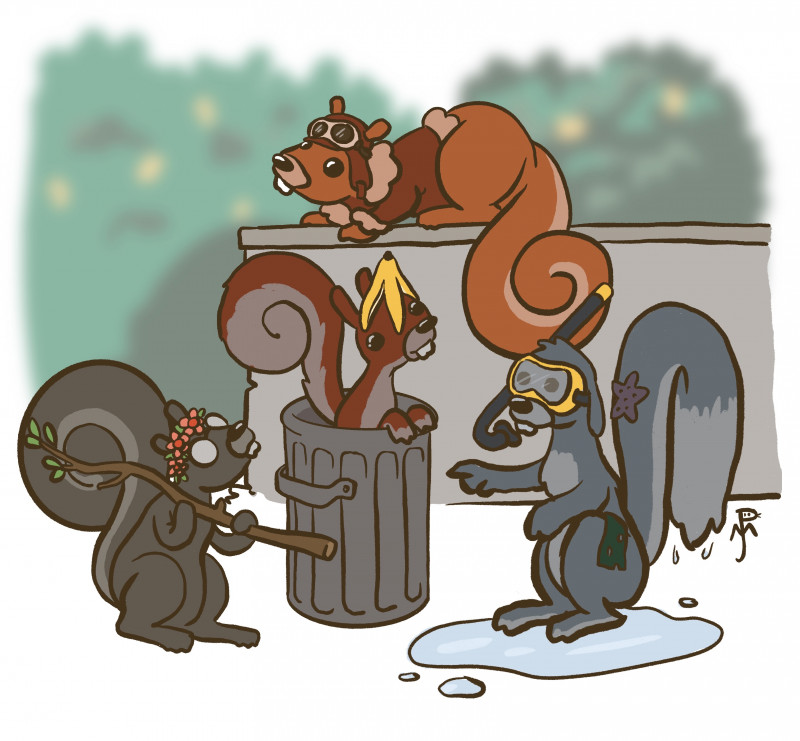 Improv is one of my favourite things to watch. Often integrated into the action, the audience becomes one giant sponge, absorbing the adrenaline coursing through the cast as they scramble to make up scenes on the spot. It’s thrilling when things go right and equally so when things go wrong. It’s a communal experience for both its makers and those witnessing their creation: a show that can’t be repeated, will never be seen, again.

When you line up some of the best improvisers in Wellington – in this case, Alayne Dick, Jennifer O'Sullivan, Dianne Pulham, Matt Powell, and Wiremu Tuhiwai, with special guest David Correos from Christchurch – you’re pretty much guaranteed a great night.

Interestingly, the players only take one audience suggestion (the theme, Easter), instead of prompts for each scene. While I’ve seen the latter more often, I prefer the Summer Improv format – without interruptions, the action has more momentum than a bear devouring an entire jar of manūka honey that its flatmates were entitled to two-thirds of. Big shoutout to Tuhiwai here, whose portrayal of a bear that can’t get its scat sorted at home or work is one of the highlights of the night.

Animals – both fictional and real – become a recurring theme. We have the Easter Bunny (but of course), not one but two bears, and the Squirrel Squad – Trash Squirrel, Ocean Squirrel, Air Squirrel, and Forest Squirrel, a gang pictured here that I desperately wanted to assemble again. While I did fight the urge to cry out for a Squirrel Squad encore, the players incorporate many a great hark-back, consistently getting the audience in on the joke.

Summer Improv is on for one more Friday in January, though I hope to see it become a regular fixture on our stages. It’s certainly earned its place!