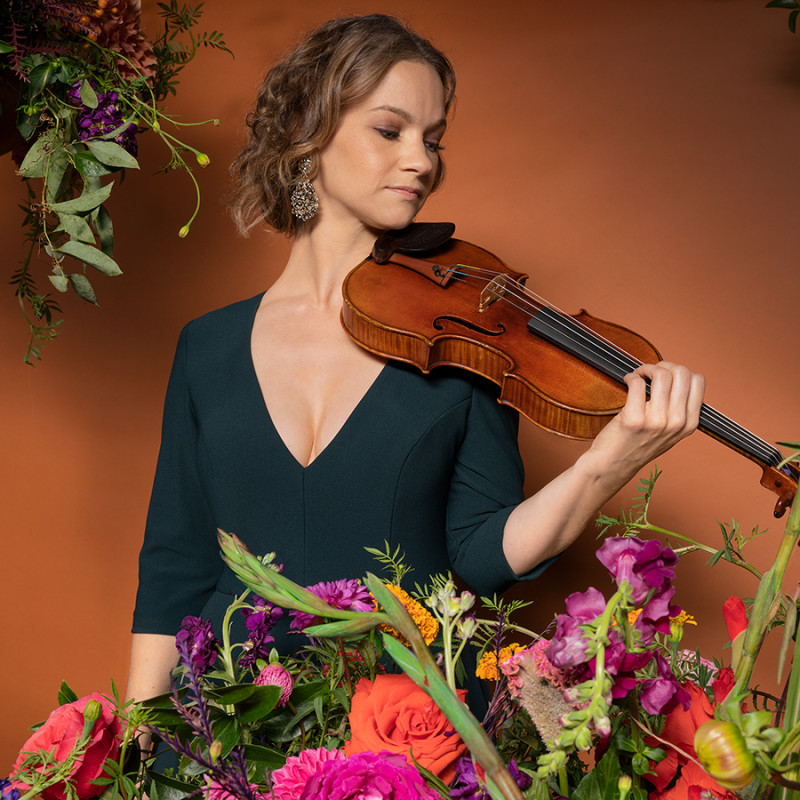 Part two of the three-concert series featuring violinist Hilary Hahn lived up to its Style and Substance title. A combination of the substantial Violin Concerto in D major, Op.77 by Johannes Brahms and the very well-balanced and expert performances of Hahn and the NZSO made for a stylish rendition of a favourite and familiar piece. Hahn’s clarity and expression were matched by the full and satisfying sound produced by the orchestra. Hahn’s playing was exquisite and so impressed the audience, many broke into applause after only the first movement. Although a concerto for violin, Brahms wrote equally demanding passages for the orchestra and the NZSO proved more than equal to the challenge.

Tabea Squire’s Variations were a great treat. Ordinarily the theme is stated up front and followed by the composer’s variations on said theme. Squire turned the form on its head and gave us the end at the beginning. The variations were a series of wonderfully modern and complex interpretations of the 14th century pavane theme. We were cleverly led back there by some fine and very enjoyable playing of interesting orchestration. This was a very smart piece of music.

I had high hopes for John Adams’ Doctor Atomic Symphony. Drawn from his opera of the same name, the symphony aimed to tell the story of the development of the first atomic bomb in Los Alamos – the incredibly destructive power conceived by scientists under the leadership of Robert Oppenheimer, who was terribly conflicted by the apocalyptic potential he had created. I suspect Doctor Atomic makes a better opera than symphony. Although there were some prominent solo passages, all played excellently with the brass enjoying the best opportunities to shine, the narrative was missing something and that was most likely the opera. Without a human voice, the symphonic form seemed to lack something of the emotional impact of the real story.