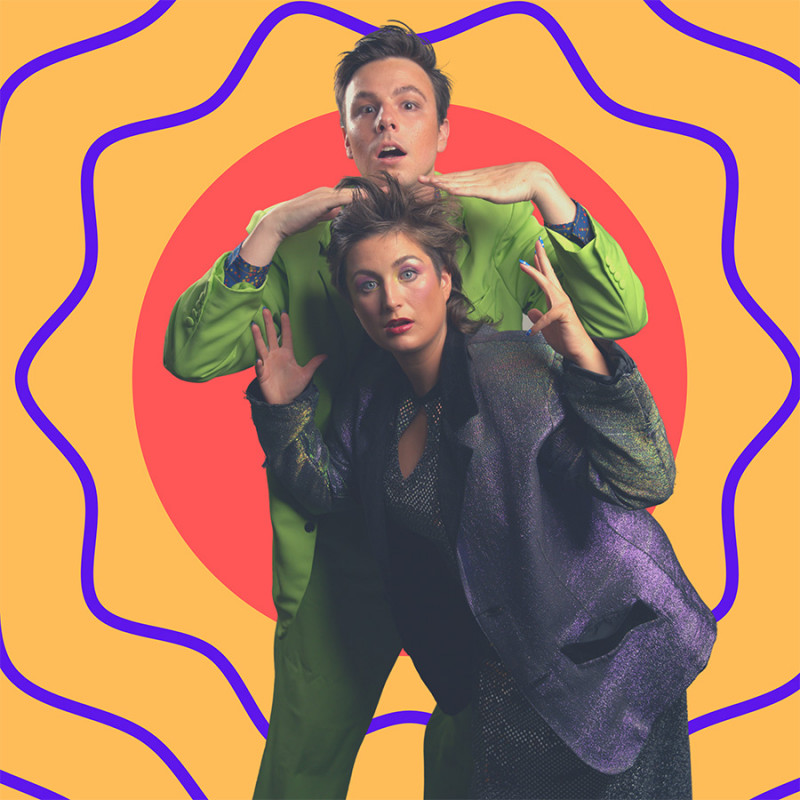 A word to the wise: Spitz & Crumple is an entirely improvised concert. The banter, the stories, the songs, even the choreography are all made up on the spot. In the first 10 minutes I sat dumbfounded, thinking it had to be one of the strangest and worst shows ever. When it clicked, I did a full 180. “This is one of the strangest and best shows ever”, I whispered to my friend.

Eleanor Spitz (Liz Butler) and Barney Crumple (Ben Jardine) are a married couple from Florida who have been in love and making music for 50 years. Together with The Captain (Matt Hutton) on keys, the famous lounge band is celebrating the release of their Greatest Hits album with us, their adoring fans, who are dotted about in stylish cabaret seating.

We begin with tracks Diamonds In Your Eyes and You Are Like Candy, where Jardine pulls off an incredible trumpet solo sans trumpet. We’re then treated to a taste of Spitz and Crumple’s number one LP Gift Giving (1983), which started Pitchfork as the first album to ever be reviewed on the site. It earned 17 pitchforks and reached heights that all the greats still aspire to.

More show highlights – although the whole thing is a highlight and a half – include The Bond Song (James Bond Under the Sea) (I’ve made that title up, but the song tracks the time James Bond went nautical and sees a stroke of red-lit genius from lighting designer Nino Raphael). Let’s not forget the highly niche and experimental Before the Grease Wars; Citrus Baby One More Time (yes Brit did steal that one, but thankfully she didn’t get her mitts on the citrus part); and the minimal-lyrics, maximum-impact Cha Cha Wow.

Butler and Jardine are two masters of musical improv whose chemistry and cleverness leap off the stage. I don’t think I’ve ever enjoyed an improv show more, and I’ve seen Whose Line Is It Anyway? live.