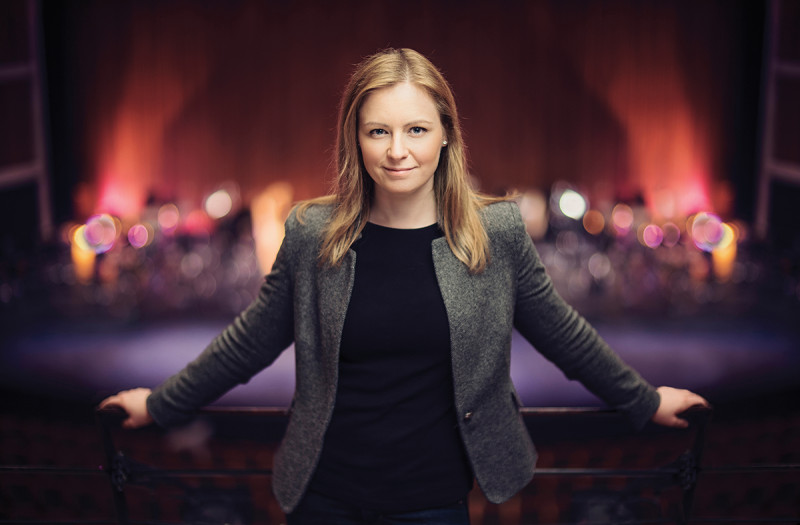 What a treat! One of my favourite pieces of all time, Fantasia on a Theme by Thomas Tallis, by Ralph Vaughan Williams, and a rarity in these COVID times, a new conductor in front of a live audience. Gemma New had her debut with the NZSO online in August but made up for any lost ground in this performance almost from the moment she stepped onto the podium. It was quickly evident she was totally immersed in the music and her relationship with the orchestra. There is a terrible workplace joke about using interpretive dance to command attention and communicate important messages to your audience. Gemma New has set a very high bar as far as I am concerned. Her physicality was joyful, engaging, expressive, energetic, definitely dancelike, and brought out the absolute best in the orchestra.

The Fantasia is based on a psalm Tallis had set to music during the Renaissance period. Church music would have been played on the organ at the time. The two physically separated string orchestras (just nine players in Orchestra Two) and a solo quartet sounded uncannily like an organ. The strings of the NZSO are excellent and played beautifully as always, and there should be special congratulations to the retiring cellist Robert Ibell and bass player Nicholas Sandle.

Stephen de Pledge, known as an advocate for contemporary music, played Anthony Ritchie’s Piano Concerto No. 3 with energy and feeling and gave a bonus performance of Edvard Grieg’s Nocturne. Symphony No. 5 by Jean Sibelius is traditional in form with strong theatrical moments, thoroughly enjoyed by conductor, orchestra, and audience alike.

One of the unique pleasures of a live performance is the combination of sound and action. While there was plenty to look at in the playing, it was an absolute delight to watch Gemma New bringing an extra dimension to the experience – her highly professional and personal interpretive dance.