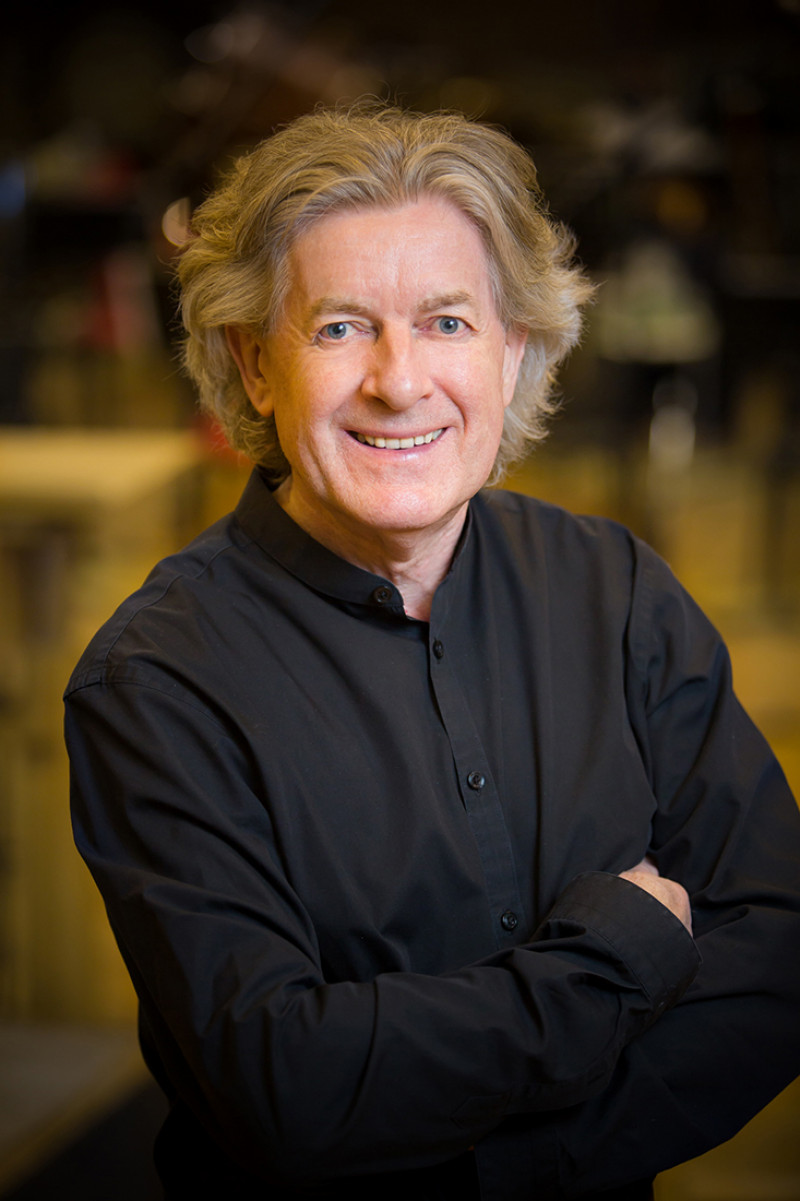 This was a weird but wonderful concert. There was a sparse audience, with even married couples sitting two seats apart! Though applause was therefore thin, conductor James Judd encouraged the audience to clap whenever they felt like it, so they did – between movements – in plenty. Why not, after all? No programmes either; instead Judd introduced each work. No interval. The whole thing felt oddly intimate and spontaneous. Congratulations to the NZSO for repeating the concert four times over three days to enable patrons to hear live music again.

Brahms’ Schicksalslied (Song of Destiny), a choral setting of a poem by Hölderlin, is not often performed though it is a beautiful, intense, and dramatic piece. The poem’s verses contrast the blissful lives of celestial beings with the turmoil of human life. On this occasion, Voices New Zealand created both the ethereal sounds Brahms evoked for the first verse and the dramatic ferocity of the second with subtle, beautiful, and strong but unstrained singing. Brahms’ decision to have the third movement recreate the first movement for orchestra only restored a sense of tranquillity. This was a fitting choice by the NZSO and a hopeful one for troubled times.

The orchestra’s performance of Schicksalslied was full-hearted and secure. No doubt the dramatic, dynamic, and sparkling overture to Verdi’s opera Nabucco which preceded it warmed them up nicely. Dvořák’s Symphony No. 8 completed the concert. The symphony includes music that is all of sweet, subdued, lilting, joyful, merry, lush, agitated, and strong. It was never tragic. If I could have chosen to be any instrumentalist for this work, I’d have been the flautist whose part, time after time, injected light, drama, and sparkle. But the trombones, trumpets and horns, the oboe, and lower strings all had their special moments. A very uplifting performance all round.