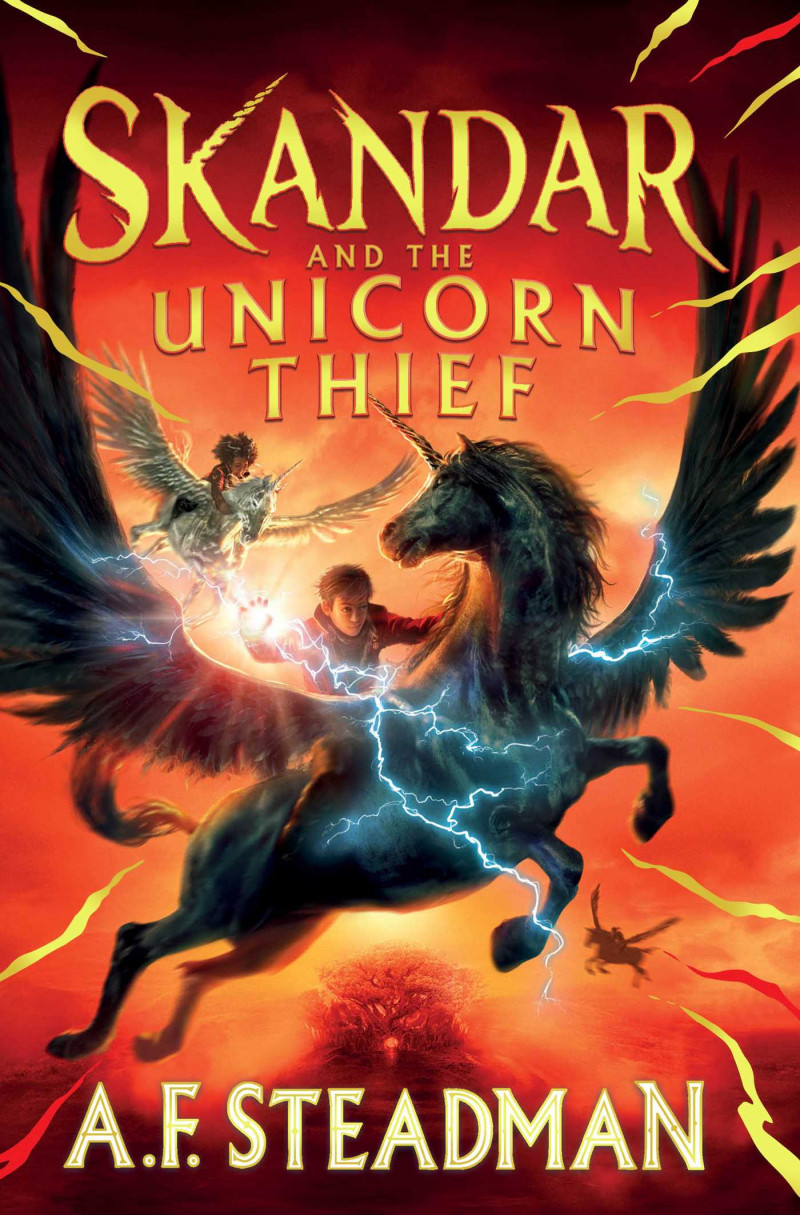 Skandar and the Unicorn Thief

Skandar and the Unicorn Thief is a book about a boy named Skandar who loves to watch unicorns race and goes on a quest to try and find the right unicorn to match his spirit. He gets swept up in a lie when he tells his sister Kenna that he is training to be a unicorn rider, something only the best of the best get to do. Kenna then tells his whole school so he has no choice but to set out to make his little white lie a reality. On his travels he sees different unicorns. His favourite is New-Age Frost, whose rider Aspen McGrath had qualified for the Chaos Cup, the ultimate race every unicorn and rider dreams to participate in. The main characters are Skandar, his sister Kenna, and his dad.

My favourite part of the book was the beginning because it was interesting to read about Skandar’s background and where he’s from. I also liked the end because there was much more action when the book started to wrap up. Even though at first I wasn’t that keen on reading about unicorns… mostly because it makes me think of pink and rainbows (which isn’t my usual thing), there was so much action and excitement that it changed my view on how I feel about all things unicorn.

There wasn’t much that I didn’t like apart from a few boring bits at the start. The only thing that didn’t interest me as much was that the book was about unicorns… which isn’t something that would usually catch my interest, but otherwise there wasn’t really anything that I didn’t enjoy.

Overall I enjoyed Skandar and the Unicorn Thief. It’s great to read before bed. For boys I think the age should be nine to 14 and for girls I reckon from eight to 15 would be a good age range, only because the majority of girls seem to be more interested in unicorns. Out of five stars I give it a 4.5.