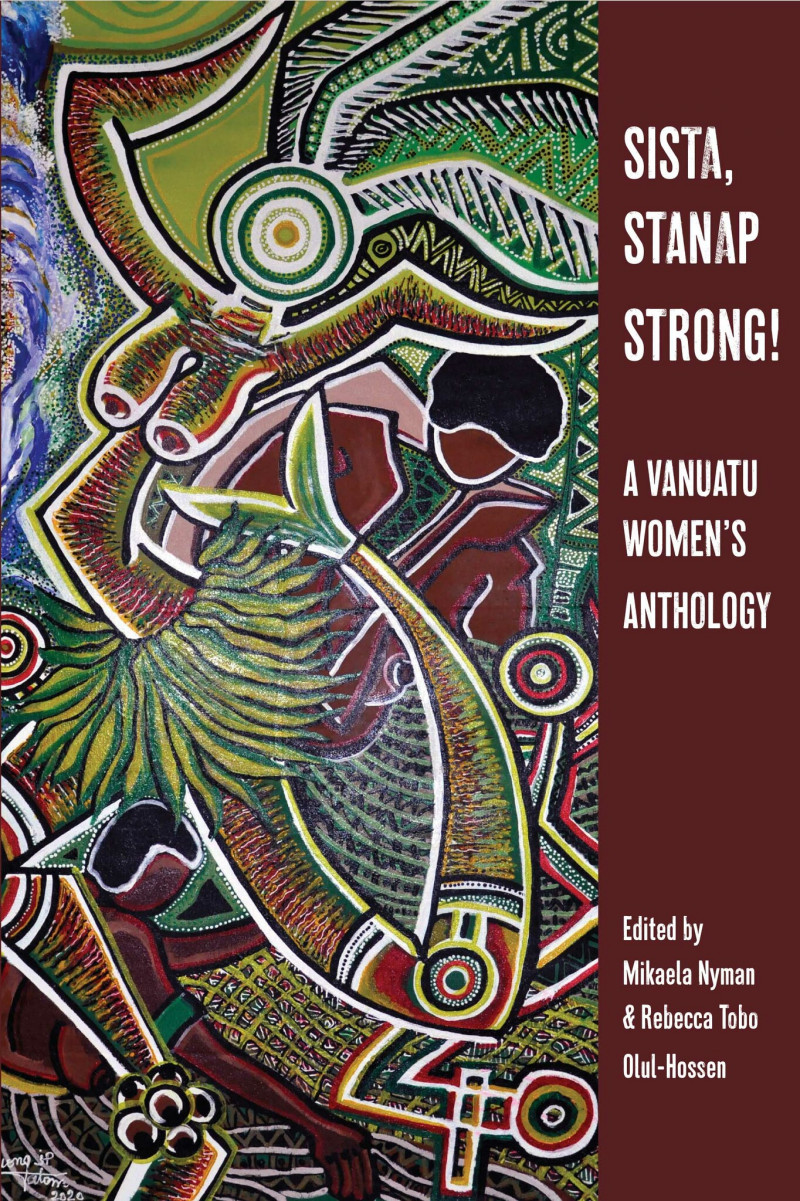 Sista, Stanap Strong! is important for its reclamation of language, recounting, remembering, and rising above the horrors of colonialism and slavery. Stories and poems such as The bitterness of sugar cane by Losana Natuman recount the incipience of colonialism and blackbirding, whereas Dirty white by Jane Kanas portrays the lasting effect of 19th century colonialism in the 70s and 80s. Kanas’ story directly outlines the role language plays in colonisation, placing English in direct opposition to Bislama and native languages. Though not a direct act of physical violence, cultural, emotional, and psychological damage persist through modern day.

This anthology spans multiple generations of Vanuatu women’s perspectives, with writings ranging from teenagers to octogenarians. Despite the variation in age and experiences however, the perspective remains relatively unchanged. These women are nurturing and strong, trailblazers and keepers of tradition, culture, and history, and yet almost all of them encounter and are defiant in the face of sexism and misogyny. Whether it be domestic violence as in Is this real love by Roselyn Qwenako Tor or men’s insistence upon female inferiority in Mildred Sope’s recollection of the independence movement. “I was targeted and victimised cruelly... the priority was the boys... no more should my girls feel unequal, their rights and voices drowned by some people”, Telstar Jimmy’s voice proclaims in Their lives matter more. Every piece of writing in this anthology is about perseverance and endurance in the face of oppression.

Aside from its focus on universal feminism and female oppression, Sista, Stanap Stong! also presents the intersectional struggle of Vanuatu women in particular. Most of these voices have not been heard until now; they are empowering, they are strong, they are female, and they call for not only Vanuatu women but women everywhere to endure, overcome, and Stanap Strong!