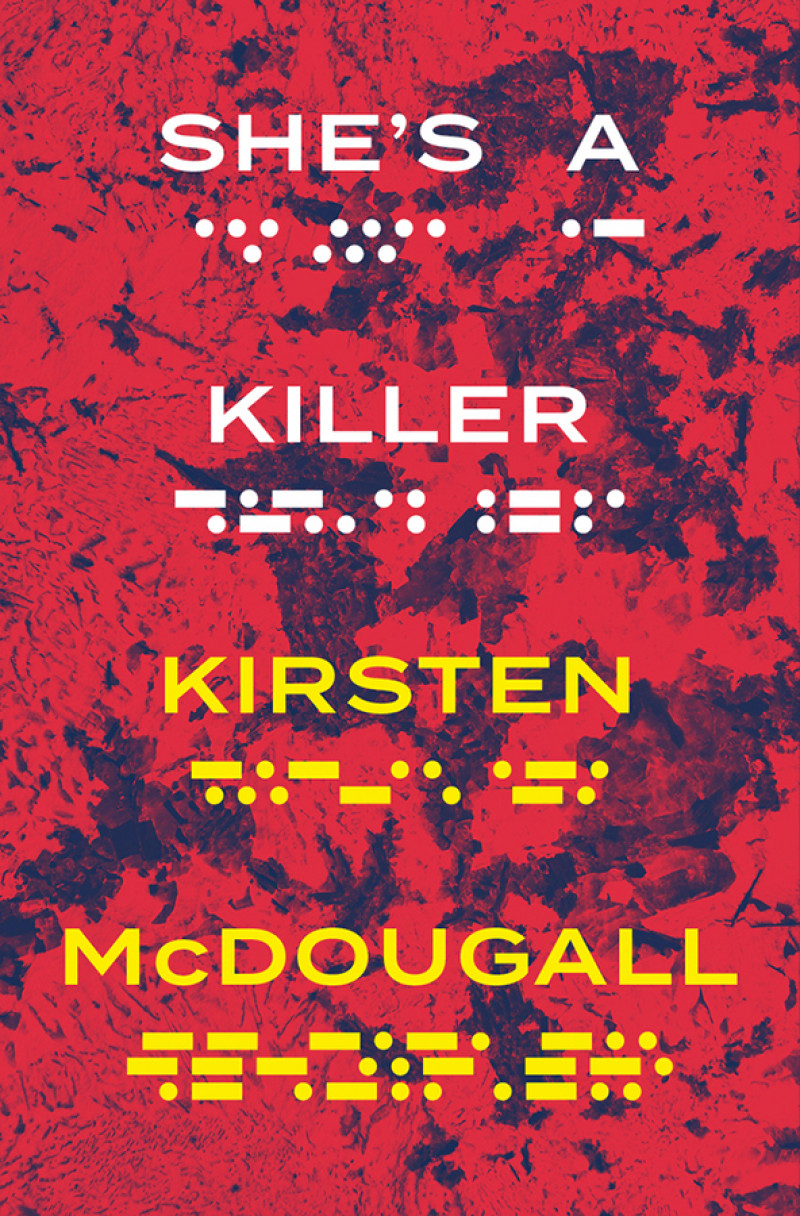 I’m not familiar with other books by Kirsten McDougall, so I don’t know if she specialises in main characters who are generally unadmirable. Alice, the female protagonist of McDougall’s newest book She’s a Killer, is among other things sexually aggressive, a liar, rude, and has never volunteered in her life. Then why is she so compelling?

Despite being identified as near genius, this 30-something woman uses Morse code to communicate with her mother, can’t cook, is a poor housekeeper, and makes do with a job as administrative assistant to enrolments at a university. That’s how she meets an unlikely new friend in the form of Pablo. He’s Asian, a fan of Russian literature, well dressed, and sexy. He also happens to be one of the “wealthugees” pouring into New Zealand to escape the ravages of climate change, and incidentally to help pay off debt incurred by a pandemic.

A compelling main character merits a compelling story. This gets well under way when Pablo wangles a stay for his teenage daughter, “a rich Chinese girl with a nice English accent”, for which he is prepared to pay host Alice the sort of money that will cover a few Botox shots. So she agrees to the arrangement.

A true nemesis, Erika’s youthful confidence and self-assertiveness send Alice’s head into a spin. Their relationship – combative to say the least – provides the rest of the story with an irresistible momentum, the outcome of which is impossible to guess. Well, it’s a thriller, isn’t it?

She’s a Killer is much more than a thriller. It’s a vehicle for social commentary on our New Zealand ways – from our eating preferences to our laconic attitudes. Iwi, hīkoi, and stolen land are in the mix as well. And even more importantly, the book is a protracted and confrontative moral trajectory. Alice is faced with a dilemma – but it’s also ours.

At this book’s outset, Pablo declares of the Russians that “he likes their big novels”. She’s a Killer isn’t just a big novel: it’s huge.