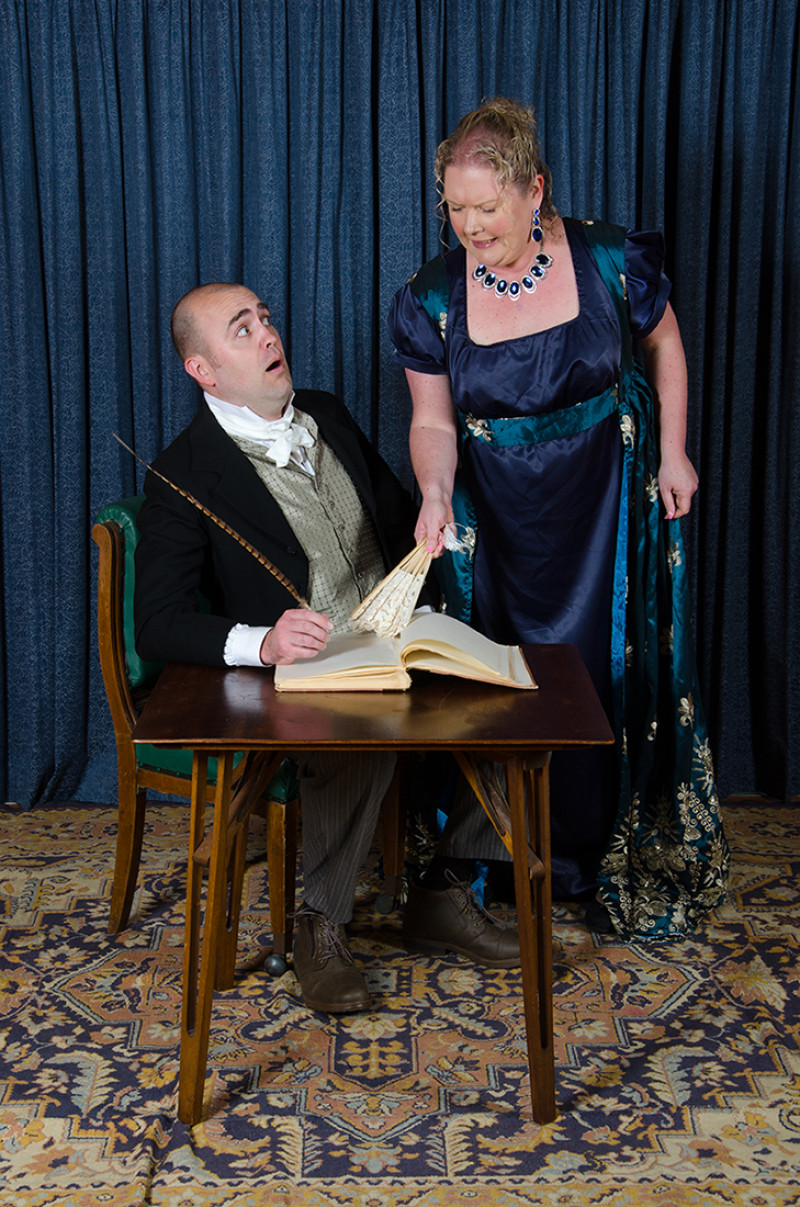 Jane Austen’s classic tale of restraint versus passion is given a freshen-up for the stage by zooming in on the thoughts of Elinor Dashwood in this new adaptation. The novel is written strongly from Elinor’s point of view, so it’s a logical step for her to become the narrator as well as one of the main protagonists. Joy Hellyer and Paul Kay have resisted the temptation to add much content of their own, a wise choice that allows Austen’s words and stories to shine.

As Elinor, who is on stage for almost the entire play taking part in or quietly watching the action, Amy Vines carries a huge responsibility. She manages it with dignity, grace, and strength as her reserve is offset by the bigger, more histrionic characters around her.

Hellyer and Kay’s decision to use a smaller cast and double several roles is an excellent one. The actors are highly capable and make the most of their opportunities to multi-task. Paul Stone’s boisterous Sir John Middleton and bilious Doctor Harris are a delight, and a moment of comedy gold is provided when Lee Dowsett morphs from the shy and awkward Edward Ferrars into his uncredited second character.

As Elinor’s sister Marianne, around whose love life much of the action revolves, Talia Carlisle is beautifully dramatic, her animated eyebrows deserving a credit of their own. The rest of the cast provide expert support and work together well as an ensemble without the urge to scene-steal.

The large costume team led by Meredith Dooley has done an outstanding job with a lush wardrobe that aptly suits the wealth and class of the characters. Amy Whiterod’s pretty set design, supported by Dave Soper’s lighting, is appropriately Regency as well as allowing the flexibility to house several locations through rearrangement of furniture.

Altogether, this is a successful adaptation and KAT Theatre production that will please Jane Austen fans and entertain those less familiar with her work.