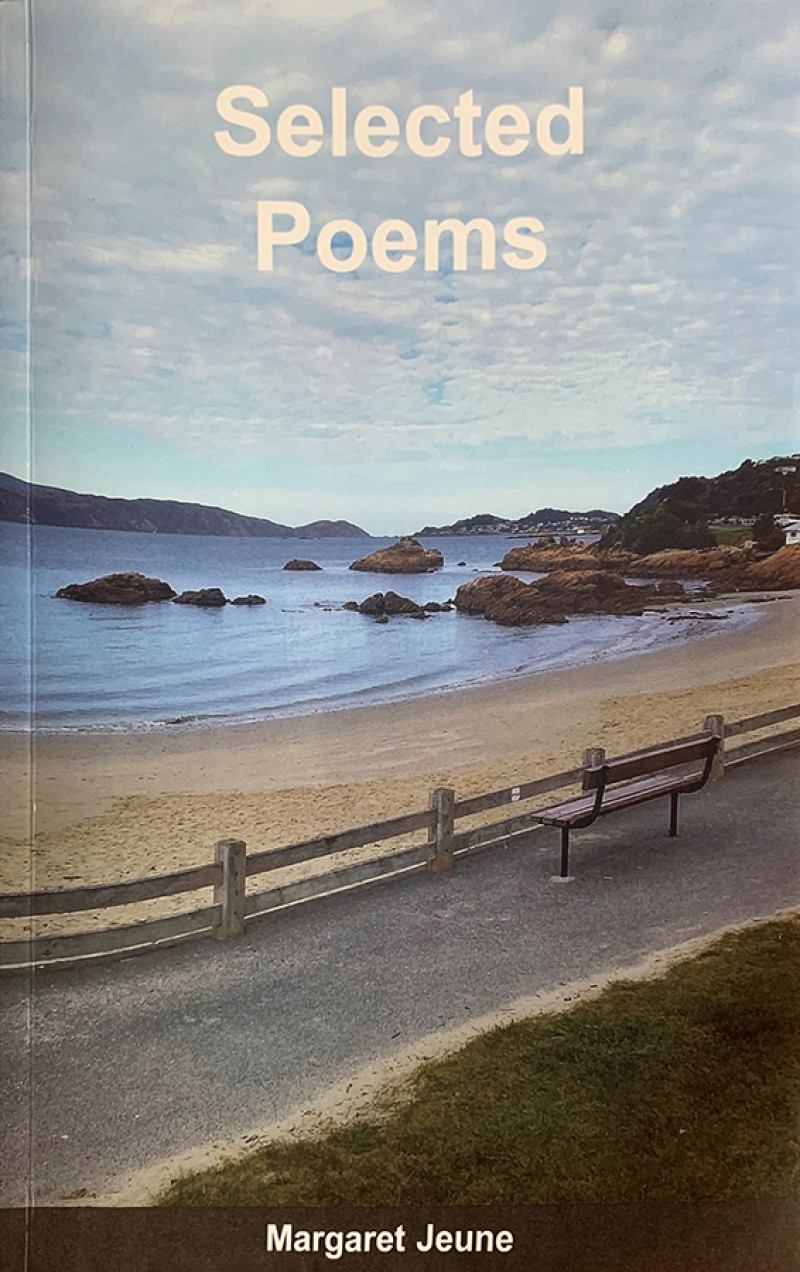 Margaret Jeune’s Selected Poems is written memory of a life; this compilation is particularly poignant and intriguing as it follows Jeune from her earliest poems as a naive starry-eyed youth to a girl in love with life and lovers, heartbroken and bitter at times, angry at the world’s injustice, but also her hopefulness and admiration of simple beauty and pleasures as she transitions into the later stages of life. Her life is laid out bare, vulnerable and exposed.

Jeune is fiercely political and socially conscious. Lawn Cemetery criticises bureaucracy: “such a tidy, circumspect piece of dirt … souls confined rows of unwilling neighbors all duly labelled and processed.” Sexism, consumerism, and climate change are similarly critiqued in other poems. Jeune recognises and embodies a sense of responsibility and duty each of us should have for our own world, but also for the future generations. In her poem Legacy, she writes: “your legacy is meaningful and in the course of time will be seen to be hugely significant.”

In her own words, Jeune’s poetry is “about waking up to yet another day… about dashed hopes and unmet expectations… it’s a reality check and it’s about being human” (The Suburban Bubble 175).

Her poetry is humble, sometimes playful, often abrupt, incredibly self-aware, and most importantly, mundane. But mundane in the most positive sense of the word. Her poems are the poems of the everyday; they capture little moments in time. Selected Poems is a diary of a life, with chapters and footnotes, regrets and celebrations; and though the diary is specifically Jeune’s, with each poem you feel as though you are reading from a page of your own life.

Whether she writes of heartbreak or McDonald’s, death or waitressing, broad social commentary or the loneliness and surreality of our 2020 lockdown, Jeune simply and succinctly captures life. Her own of course, but also yours, or mine, or theirs, rendering all lives ours; uniting us all through the beautiful, mundane, extraordinary, human condition.