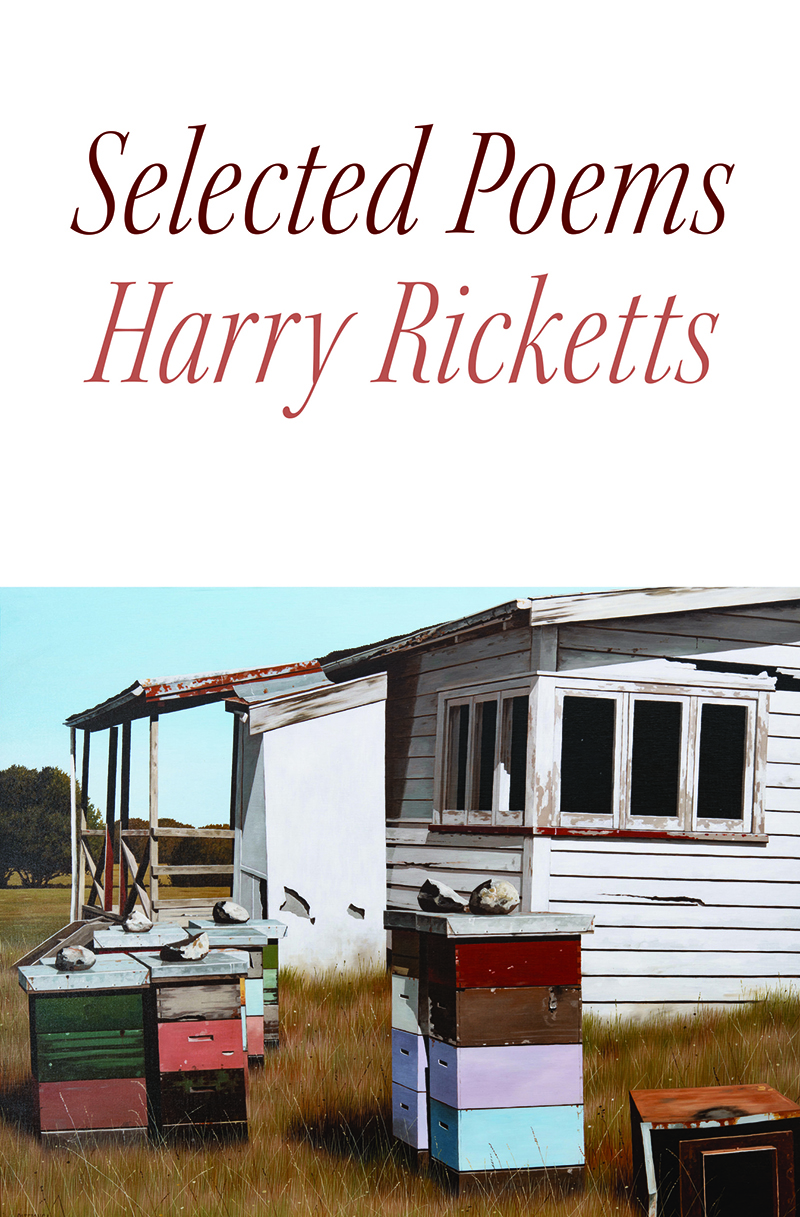 What I like best about Harry Ricketts’ Selected Poems is the picture they present of the man. The collection is comprehensive, spanning 40 years of experiences and observations garnered from a life of travel, cultural reaction, and scholarship – not to mention personal life. “The unexamined life is not worth living”, noted James Baldwin. Ricketts is a fine example of how such an attitude might demonstrate itself in writing.

A Peking History Lesson and Tales of Old Hong Kong will satisfy the student of the East, redolent with such images as “Mao’s portrait synthetically benign” and the subalterns who “giggled at the size of their hostess’s feet”. And do look out for The Elephant’s Nest Shuffle!

I could easily have missed the author’s note in which Ricketts confesses to the inclusion in his early poet’s training of limericks composition. Such verses are often sneered at for being lowbrow, so I was delighted that our erudite poet found an exploration of that as well as other literary forms “enormously liberating”. His collection includes several examples, and they provide the added pleasure of having fellow poets as targets. Elsewhere, references to writers Lauris Edmond and Frank Sargeson will be recognised by the general reader.

In more serious vein, we get a metaphor for marriage in Nothing to Declare, a salutary dissertation in The Necessity of Failure, and are invited to share the wistfulness of The unmade bed.

Amongst his new poems, I was especially struck by the starkness of Last day, evoking as it does a sad reality. And Arguments for religion, which aligns old religion with the new, aptly listing “social media, imperial nostalgia, dark money and fake news” as responsible for the questionable morality of the day.

Read Selected Poems and be reminded, admonished, touched, and entertained by this most human of poets.