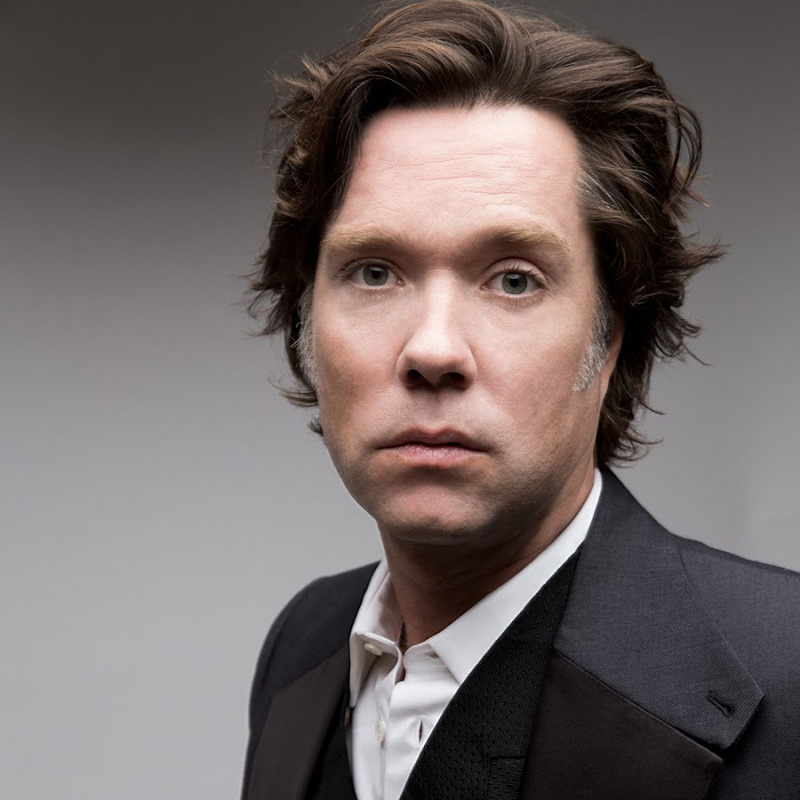 I’m a Rufus Wainwright virgin. There, I’ve got that off my chest. Oh, I know who he is and I’ve seen him plenty of times on Jools Holland plus several YouTube clips, but I’ve never listened to a whole album all the way through. I’m proud to admit I am more a fan of his father’s songs.

But tonight, all that changed. It wasn’t an instant conversion, but I’m now a bona fide fan. Mostly it has to do with an artist willing to put everything into an almost three-hour set, replete with one of the best backing bands I’ve heard in a long time. Not one to rave about percussionists, I found myself amazed as former Jeff Buckley drummer Matt Johnson coloured many of the songs with such deftness that I wondered why I don’t hear more of this in rock music today. The rest of the band consisted of keyboard player and vocalist Rachel Eckroth (who opened the show with a selection of drum and bass pieces), keyboard player Devon Brooning, bass player Paul Bryan, and guitarist and musical director Gerry Leonard.

But now I’m a convert, I’m surprised by just how many songs I knew. Three songs stood head and shoulders above the rest: a cover version of Joni Mitchell’s Both Sides Now; a new composition, the philosophical Sword of Damocles; plus, the encore closure, a sing-along with the audience to The Beatles’ Across the Universe. I learnt later that the second half of the concert was the performance of his sophomore album Poses in full. This is a clever idea, as Wainwright had sprinkled the first half with his eponymous debut album Rufus Wainwright and other favourites. One Man Guy, a song written by his father Loudon, works best if you extrapolate the journey Wainwright has taken by way of self-reliance and also as a gay hero to many, seeking a long-term companion. Others from this set that resonated were California, Rebel Prince, and Cigarettes and Milk Chocolate.

A stunning show from a very powerful and unique voice.