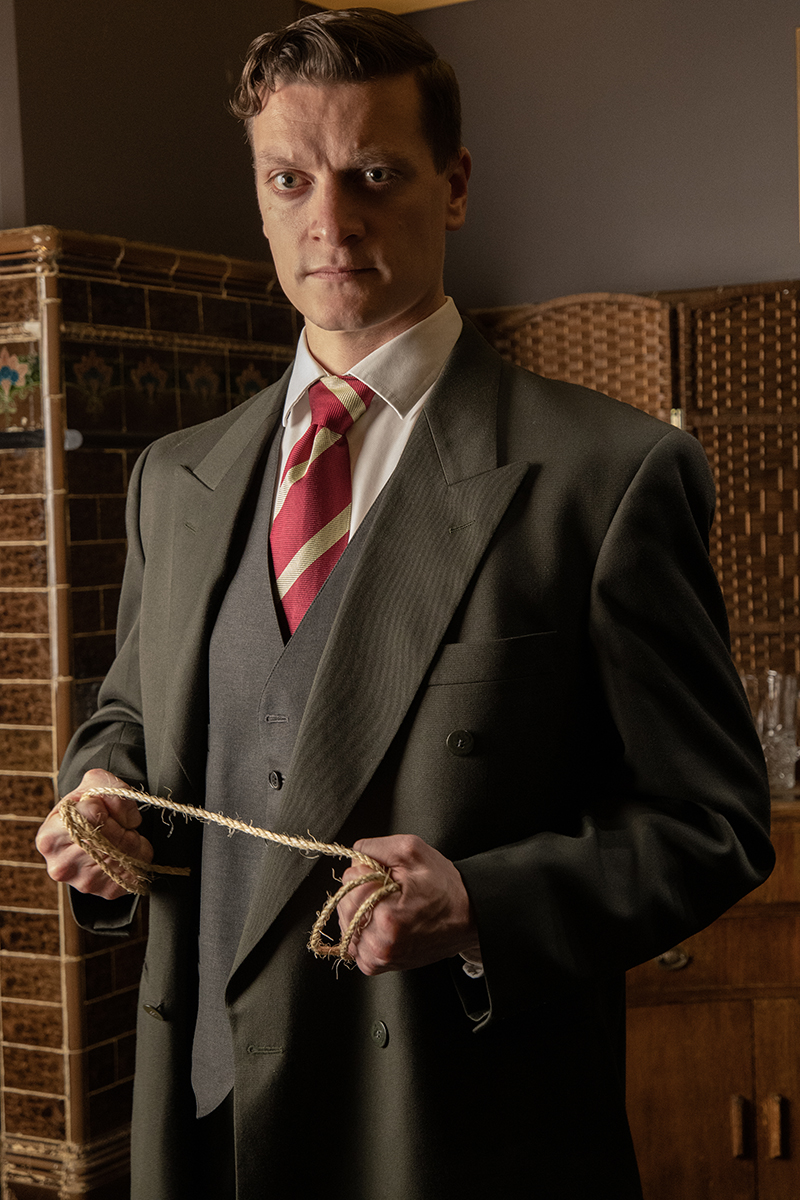 At first glance, Rope looks like your classic British murder mystery. There’s a murder, a motive, and a swanky cocktail party where the whisky flows freer than the secrets. There are also murderers, Wyndham Brandon (an unwavering Slaine McKenzie) and the erratic Charles Granillo (Tom Foy). Before you cry out that I’ve spoiled the show, I haven’t, and that’s what makes Rope so interesting. From the very first scene we know whodunnit and why.

The play then becomes an exercise in suspense. Will the party guests find the bones in the chest that they dine on? Will the murdered boy’s dad (Sir Johnstone Kentley, played with presence and pluck by co-director Paul Stone) discover his son lies crumpled but two feet away?

Because suspense is so integral to Rope, there are a handful of things that would get this production cracking along with more electricity. The pacing could accelerate in some scenes, particularly the long opener in the dark and the finale, where a slower build to the climax means it doesn’t have as much impact. Snappier exchanges of dialogue and more staccato vocal deliveries from the cast, plus tense music used more frequently (sound design by Jake Davis), would help to up the stakes. Davis’ lighting is often used to great effect, especially with a few well-timed blackouts, and there is an excellent rainy soundscape that could be ramped up with thunder and lighting.

The opulent set (Oliver Mander) positions the chest as a character in itself, while Hayley Knight and Wendy Howard’s sleek wardrobe adds to the absorbing aesthetic of an evening in the 1920s. Stone and co-director Helen Cashin’s decision not to modernise the setting proves to be a good one.

Special mention to Tim Macdonald as the gormless and charming Kenneth Raglan and Mandy Eeva Watkins as Leila Arden, who takes delight in everything ghastly. Together with Susannah Donovan (always a highlight), the fabulously French Stephanie Gartrell, and the shrewd Nick Edwards, these two outstanding performers complete the committed cast of this dark and sinister Wellington Repertory Theatre production.