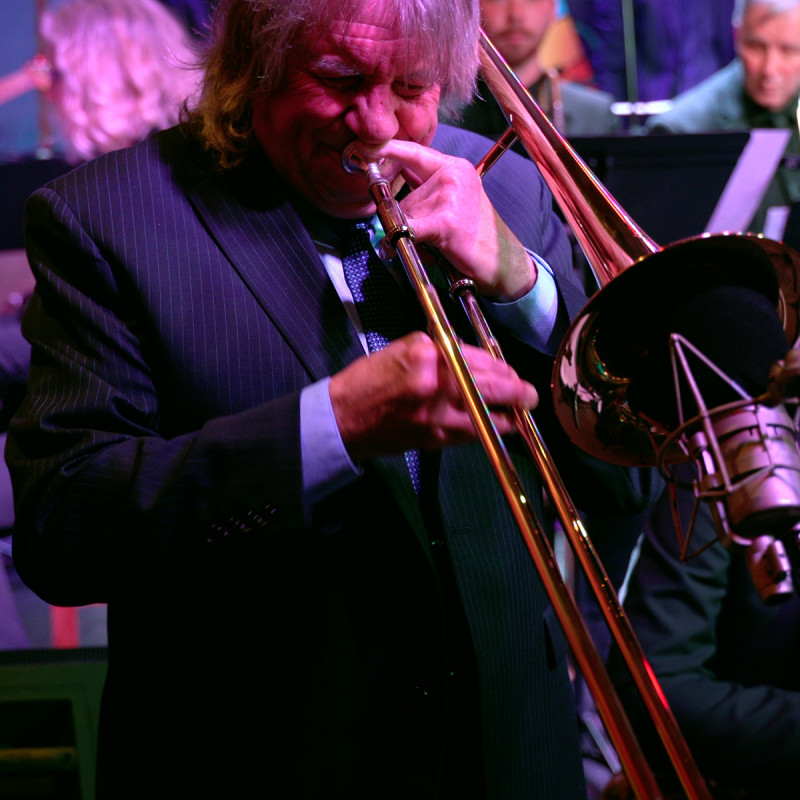 The theatre is tense and expectant in the purple preshow glow. The Big Band gets a cheer, and Rodger Fox himself an even bigger one. After a brief introduction, we are off, and the rest of the afternoon disappears into jazz.

The concept of this Wellington Jazz Festival show is intriguing. 10 New Zealand composers have each chosen a poem from the works of Hone Tuwhare to inspire their creations. This leads to some interesting meta-interpretation, with one piece being inspired by a poem about Miles Davis, a jazz musician himself.

The opening number is in response to the poem Hotere and is a fabulous meandering piece that builds into a brilliant saxophone solo. The rest of the songs are equally brilliant and totally unique, from upbeat funk to a sort of call-and-response between piano and orchestra. The drum solos I particularly enjoyed, but really every soloist was admirable in their own right.

My personal favourite piece was composed and arranged by Godfrey De Grut in response to Haiku. It features a trombone solo by Fox, which brings the house down, and has a fantastic surf-rock feel, conjuring visuals of sun-kissed beaches. The River Is An Island also deserves mention for how well composer Anita Schwabe captured the essence of the poem.

I applaud the scenography. Eight massive round lamps backed the orchestra and were utilised expertly. The mixing is unfortunately less perfect, with static during piano ballads and a piercingly loud trumpet solo. I also wonder how the audience might have differently appreciated the songs if they were conjoined with readings of the poems themselves.

Every musician and composer deserves their own compliment, but I’m running out of words. The playing was flawless from the first song and everybody was clearly having a brilliant time. Despite some minor technical difficulties, the performance was overall spectacular and will be remembered fondly by the whole audience.