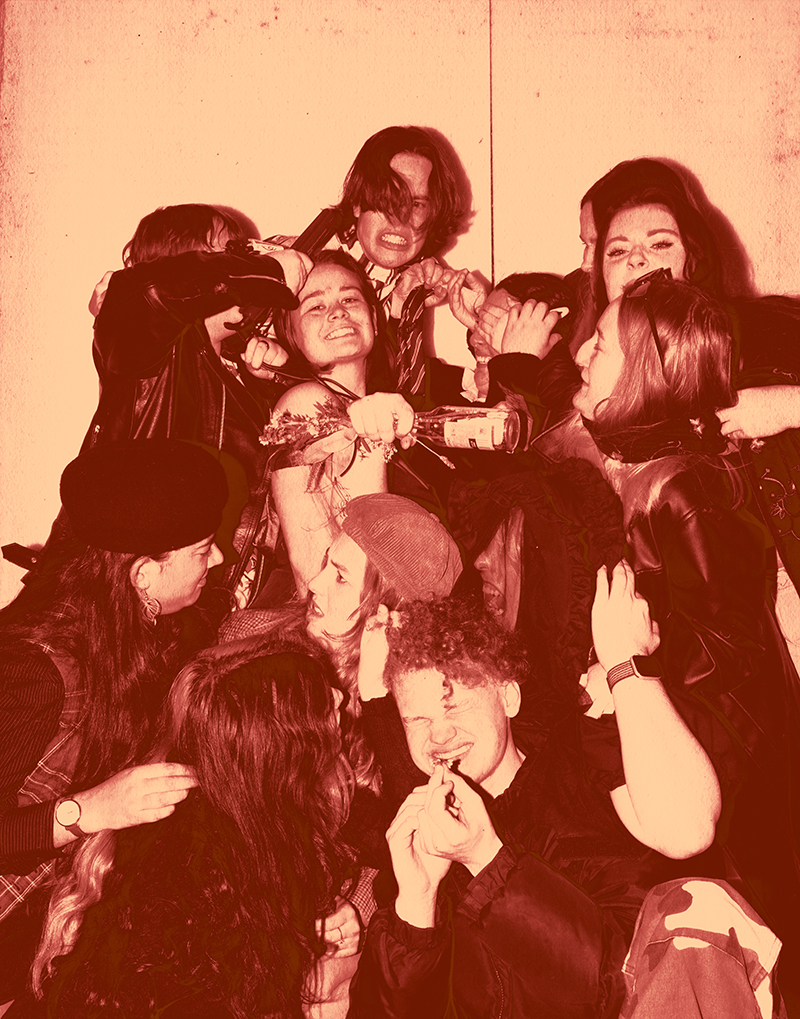 A downstairs space at Te Auaha that I didn’t even know was there has become the intimate venue for Long Cloud Youth Theatre’s latest self-devised work. With its 16-year history of providing a development hothouse for the next generation of writing and performing talent, the company has created a raw and authentic piece based on each performer’s real-world experience of a rite of passage in their own lives, centred around the Head Boy’s end-of-school party.

The white-box space fronted by glass is cleverly employed as a traverse stage with some of the action happening behind the glass or in the next room above the opposite side of the stage. Excellent use is made of light and shadow by set and lighting designers Grace Newton and Hollie Cohen. Initially covered by a fabric screen, the action behind the glass is humorously revealed to not always be what it seems later in the performance. As the party ebbs and flows, we smoothly transition between what’s going on inside and outside the house.

Starting with an angst-ridden discussion about cannabis giving you orange wee, this is an often-funny rollercoaster ride of teenage dramas about breakups and makeups, breakdowns, grief, toxic masculinity, self-consciousness, first dates, inebriation, crushes, and relationships old and new. It’s the exquisite pain of growing up to which we can all relate in some way, presented mostly literally and sometimes more figuratively with movement and dance (choreographed by Nadiyah Akbar).

The stage floor is interestingly covered in patches of carpet and other soft textures with loose white sheets laid on top. I fear that these sheets will be tripping hazards but the cast all having bare feet seems to mitigate the risk and, by the end of the performance, the carnage of tangled cotton neatly reflects the emotional chaos we have witnessed on stage.

Long Cloud Youth Theatre always comes up with something uniquely their own and Rites of Passage is no exception.