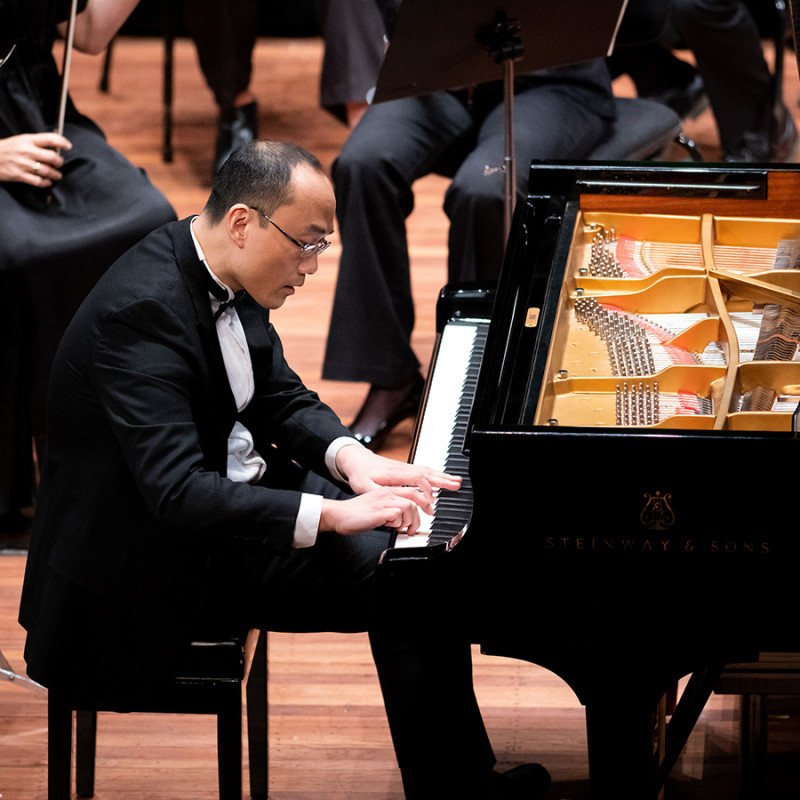 Orchestra Wellington’s 2022 theme Circle of Friends played out in this concert with the centrepiece being Schumann’s Symphony No. 4, alongside his wife Clara Wieck’s Piano Concerto in A Minor, and their friend and supporter Brahms’ Alto Rhapsody, a work given to the Schumanns’ daughter as a wedding present.

Overall, the concert delighted the audience as usual. However, the intensity of the beautiful and anguished opener Alto Rhapsody to me was missing. Mezzo-soprano Kristin Darragh combined with the Orpheus Choir Male Chorus and the orchestra to perform this work. While Darragh has a strong and lovely voice, the performance as a whole seemed curiously tentative.

Clara Schumann’s piano concerto was written between the ages of 12 and 15, when she was already much celebrated for her piano performances. Jian Liu, the soloist for this performance, was more than up to the virtuosic demands that the composer imposed on herself as the first performer of the work, delivering clarity, brilliance, speed, and elegant shaping of lyrical lines.

Conductor Mark Taddei provided the audience with an illuminating talk about Schumann’s symphony before performing it in full. He said it should be called Clara’s symphony, partly because it reflects the happiness of their marriage at the time and partly because the recurring theme within it spells out the name Clara, forwards, backwards, inverted, smoothly, spikily, and every which way. It is a glorious symphony, full of joyous energy, tenderness, and passion, sometimes lyrical, sometimes brooding. Standout moments were the song-like line of the oboe above the cellos in the second movement, the lyrical solo violin in the same movement, the early energy of the scherzo movement and its winding down to something sweeter and more gentle, the huge dramatic chords that blasted out from time to time breaking up the music’s flow, and then the thrilling pace of the finale.