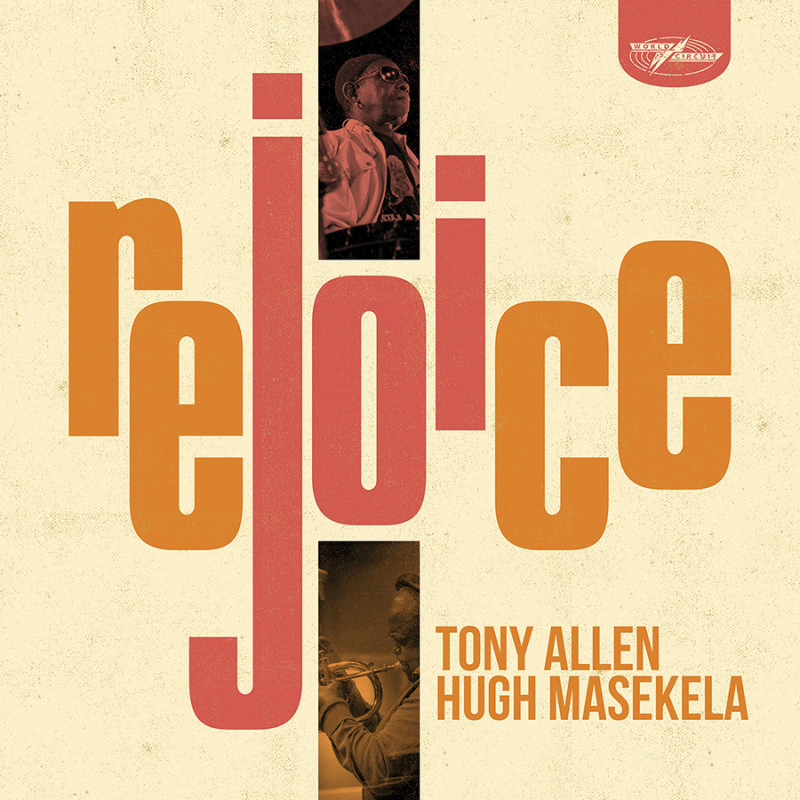 The retail sector was, like so many, affected by the COVID-19 pandemic. The music industry was no different. But invention being the mother of adversity, the recorded music industry started to look around when artists continued to cancel release dates of their latest product.

One of the unusual aspects of this problem was that the record companies had started to discover unreleased product in their vaults. Two come to mind, John Coltrane and Thelonious Monk sessions long lost or forgotten. Tom Petty, Prince, and Fleetwood Mac have all benefited by having older albums re-issued with bonus tracks. Now add to this an album by drummer Tony Allen and South African trumpeter Hugh Masekela, long in exile due to apartheid.

But this was no lost album, merely one delayed several years due to the untimely death of Masekela.

The meeting came about many years ago when Masekela attended a concert by the great, and I do mean great, Fela Kuti, the Nigerian Afrobeat pioneer. His percussionist Allen struck such a chord with Masekela that almost immediately, they talked about working together. Well, that was 25 years later but eventually, a date was set in 2010 in which many tracks were laid down and then shelved due to the musicians having different work schedules. Cut to 2018 when Masekela died suddenly. Allen then realised he would, as a tribute to his late friend, complete the album.

Rejoice is a joyful mix with a few added musicians, but basically it is just the two of them jamming. Allen’s unique style, all four limbs playing out of kilter, is wonderful to hear. Masekela’s trumpet brings back to mind his big hit Grazing in the Grass.

Starting with Robbers, Thugs and Muggers (O’Galajani), the spirit of Fela Kuti is evoked as it is in Never (Lagos Never Gonna be the Same). The album never lets up from this joyous path.

Sadly, Allen died in April 2020, but what a legacy for the percussionist Brian Eno once described as the best in the world.