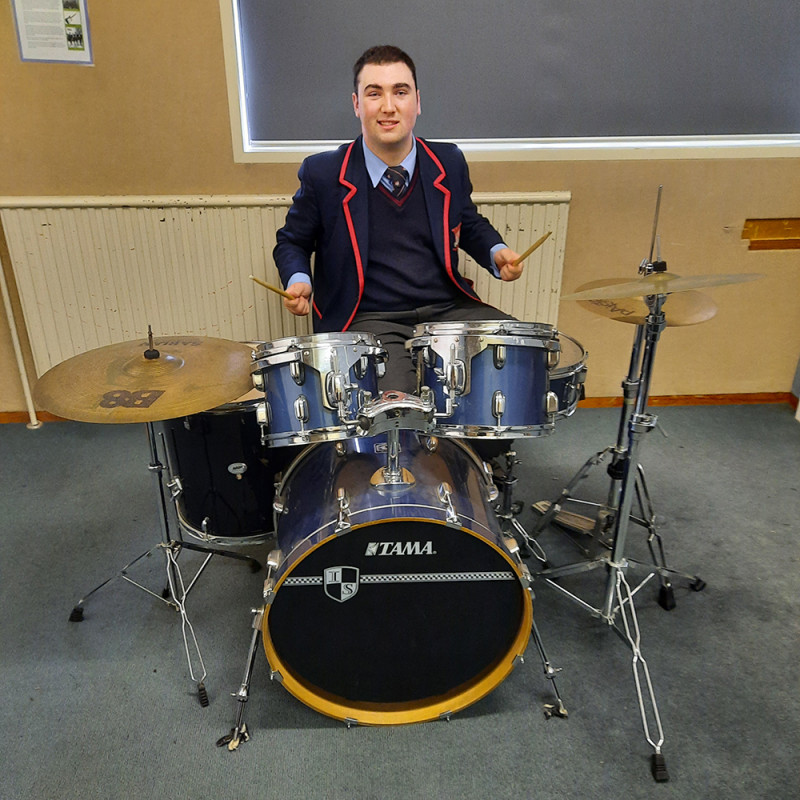 Reach Beyond Your Horizons

Newlands College student Josh Neilson has been learning the drums for the past year with his teacher and friend Senuka Sudusinghe, front of house host and tea mixologist at the t-Lounge by Dilmah. Josh was diagnosed with autism as a baby and has an ultimate goal of drumming in a band one day. In Reach Beyond Your Horizons, he performed to an audience to help him on the way to that dream. Patrons also enjoyed a Dilmah tea and Meyer cheese pairing, a three-course meal, and speeches aimed at celebrating neurodiversity in our community, with 20 percent of the proceeds from the event going to Autism NZ.

Playing songs like We Will Rock You by Queen and Billie Jean by Michael Jackson, Josh’s passion, enthusiasm, and joyful spirit shone through. My concert favourites were the Drum Dialog between Josh and Senuka, where their connection and friendship resonated louder than the boom from the bass drum, and the fusion drum recital East Meets West, a fitting finale that saw Josh playing along to Sri Lankan drumming.

The food was exceptional. The entrée was a beautiful mushroom cappuccino with a lentil bite (think a shot of cream of mushroom soup with a kick). Next we had a Ceylon spiced chicken taco, boasting perfectly balanced flavours tied together with a spicy chilli mayo. A vegetarian option of jackfruit was available too. Amma’s deliciously decadent chocolate cake followed with a choice of matcha, chai, or earl grey gelato – a special tea-infused treat. Of course the tea was a standout, with the lychee, rose, and almond with lemon nitro tea the most refreshing welcoming drink I think I’ve ever had.

I was honoured to be invited to Reach Beyond Your Horizons, where the love Josh’s friends and family felt for him filled the room like steam from a hot cuppa on a cold night. It felt special to be part of a moment so important in a young man’s life, and what an upstanding man Josh clearly is.