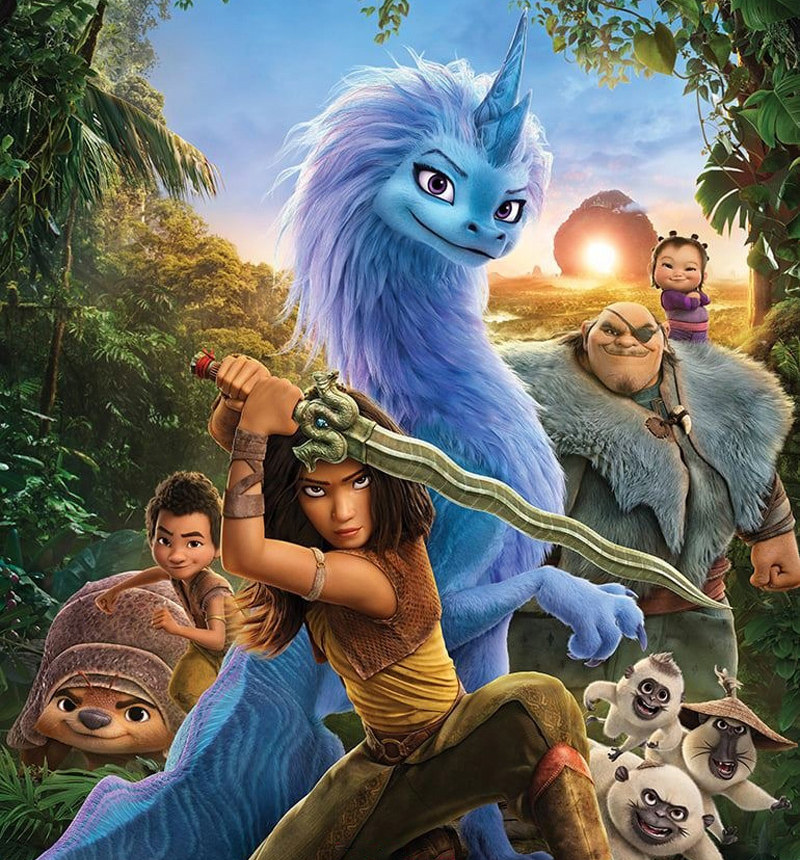 Raya and the Last Dragon

Raya and the Last Dragon is a satisfying Disney romp with a fun cast of characters, but it suffers from a severe lack of originality. While kids will rightfully be engulfed by its tangible world and delightfully strange characters, older Disney fans will sense déjà vu.

Long ago, humans and dragons lived together harmoniously in the land of Kumandra. When monsters attacked, the dragons sacrificed themselves to save humanity. Centuries later, Raya (Kelly Marie Tran), a warrior princess charged with protecting the last remaining fragment of dragon life, looks to unite her people by returning the creatures to existence, a quest that truly begins when she finds Sisu (Awkwafina), the last remaining dragon.

Let’s get the obvious out of the way: the animation is stunning. While Raya and the Last Dragon doesn’t take risks with its aesthetic in the way some recent films have – notably, last year’s Soul – the atmosphere of Kumandra is firmly set. From the dusty desserts of Tail to the neon-lit nightlife of Talon and the snow-drenched forests of Spine, each land looks at once distinct from, and uniform with, the world we are being guided through.

While the main crux of the story is fun, it takes too long for the wheels to start turning. By the time we catch up with Raya in the present day, we have blazed past two stories that would probably make for a gripping watch in their own right. Raya is a standard badass warrior, complete with an emotional shortcoming: an inability to trust people. Sadly, all the other characters we are introduced too are more captivating than our lead, particularly Sisu. Yes, she’s no Genie (Aladdin), but Awkwafina is well cast and my eyes open a little wider every time this colourful dragon flies into frame.

The film’s best moments come when we can forget the plot for a second and simply enjoy watching Sisu muck around. She is a surprising character in a film that otherwise lacks surprises, and a great addition to the Disney canon.