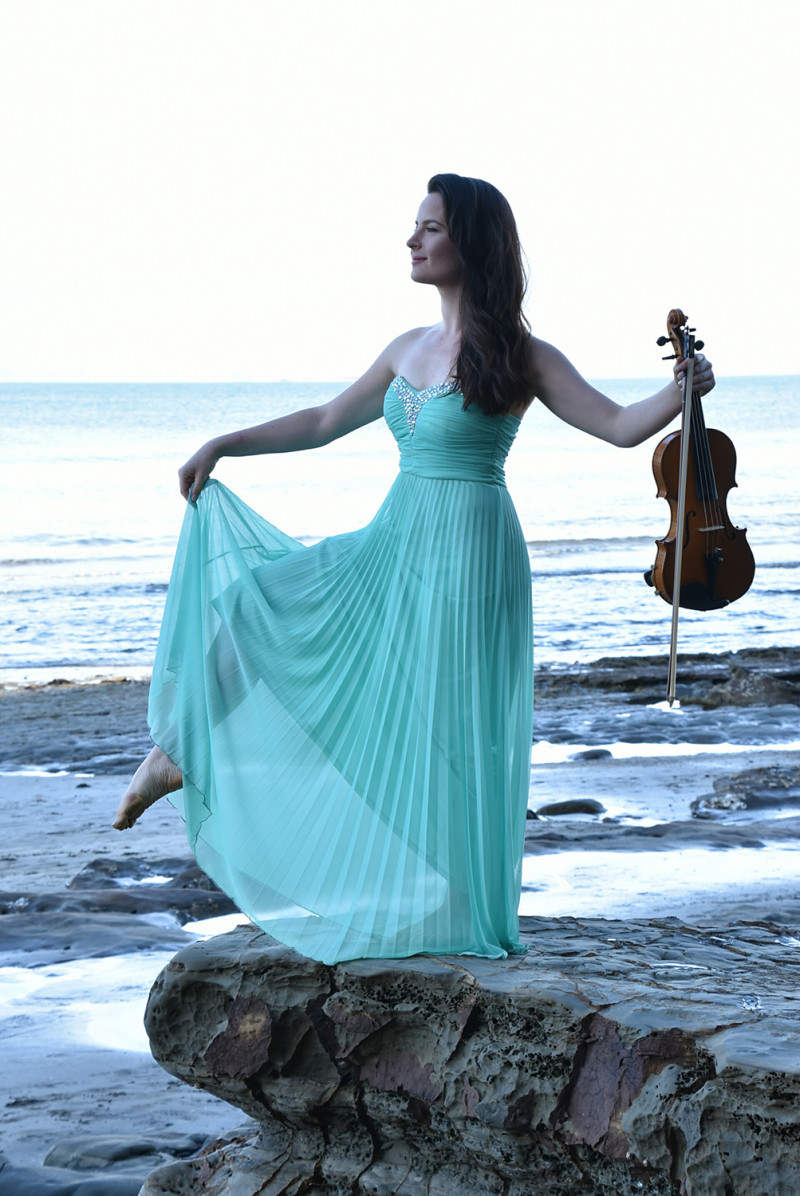 This concert was to have been presented back in May but the spiky bug got in the way. The programme was well worth waiting for. I thought that the performance of Rachmaninoff’s Symphony No. 1 was one of the best of the year, and to cap that off the audience had the opportunity to hear violinist Amalia Hall perform a very intriguing contemporary concerto by American Jennifer Higdon, followed by a ravishing solo encore. The third work was Dvořák’s Serenade for Strings.

Taddei took a restrained approach to the Serenade for Strings, achieving lightness and clarity but at some cost to energy and warmth at times. Perhaps he was saving the orchestra’s energy for what was to come.

Higdon’s concerto is a showpiece for the violin. Throughout the first movement, the violin dialogues with various instruments of the orchestra in turn. There is a magical, mysterious beginning with aethereal splinters of high violin notes echoed and partnered by splinters of sound from the percussion section. In the second movement, the image I got was of the violin voice threading itself through the orchestra’s full soundscapes. The third movement was utter virtuosic speed. Amalia Hall was completely up to the job throughout. She was amazing.

Rachmaninoff never heard his first symphony properly performed. The only performance in his lifetime was ruined due to the conductor’s drunkenness and poor appreciation of the work. As Taddei put it, Rachmaninoff had a “mental funk” about composing symphonies for some years and put the work away. Fortunately, after his death the symphony was reconstructed from recovered orchestral parts. It is music on a grand scale, lush and dramatic, reflective and melancholic, agitated and restful, fierce and gentle. Taddei declared that he loves this work and it showed. The large orchestra seemed to love it too: it was played with energy and conviction.