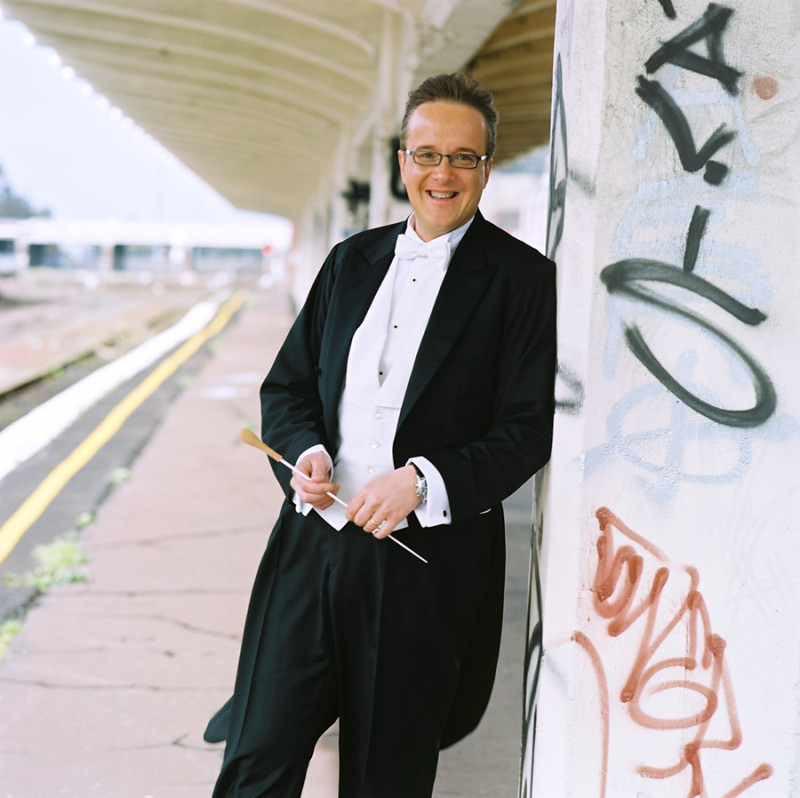 I imagine this concert was christened Triumph because of the positive critical and public reception of Rachmaninoff’s Symphony No. 2 in contrast to the debacle of his first symphony some years previously, which nearly destroyed his confidence as a composer.

Equally, though, the second work on the programme, View from Olympus by New Zealand composer John Psathas was a triumph in terms of audience response: the crowd went wild! The work is a double concerto for pianist and a percussionist playing a wide variety of instruments. The soloists were Michael Houstoun and percussionist Jeremy Fitzsimons. The first and third movements, drawn from Psathas’ Greek heritage, conveyed the avenging spirit of the Furies and the wine-possessed frenzy of the Maenads of Greek mythology, both fierce and powerful groups of women. The second movement, The Smiling Child, is a tribute to his two children and, by contrast, is delicate, tender, and playful. The range of sounds and timbre achieved by the soloists was simply staggering, with the piano part integral to the overall effect. While Houstoun worked overtime with his fingers, Fitzsimons added to the visual interest of the performance as he moved across the stage between instrument stations. And let’s not forget the orchestra: ubiquitous strings, powerful interjections from brass instruments, and yet more percussion. It was all stunning and magical.

One can see why Rachmaninoff’s second symphony has sometimes in the past been shortened in performance. It is a vast, tumultuous work. Wonderful, but it does go on! Marc Taddei and the orchestra delivered an energetic, driving, and colourful performance that honoured the composer’s intent to express emotions. It has it all: agitated then sweet, sombre then tender, passionate then nostalgic, exuberant and festive, melody after melody, and climax after climax. I think the orchestra had a ball, a fitting climax to their subscription concert year.