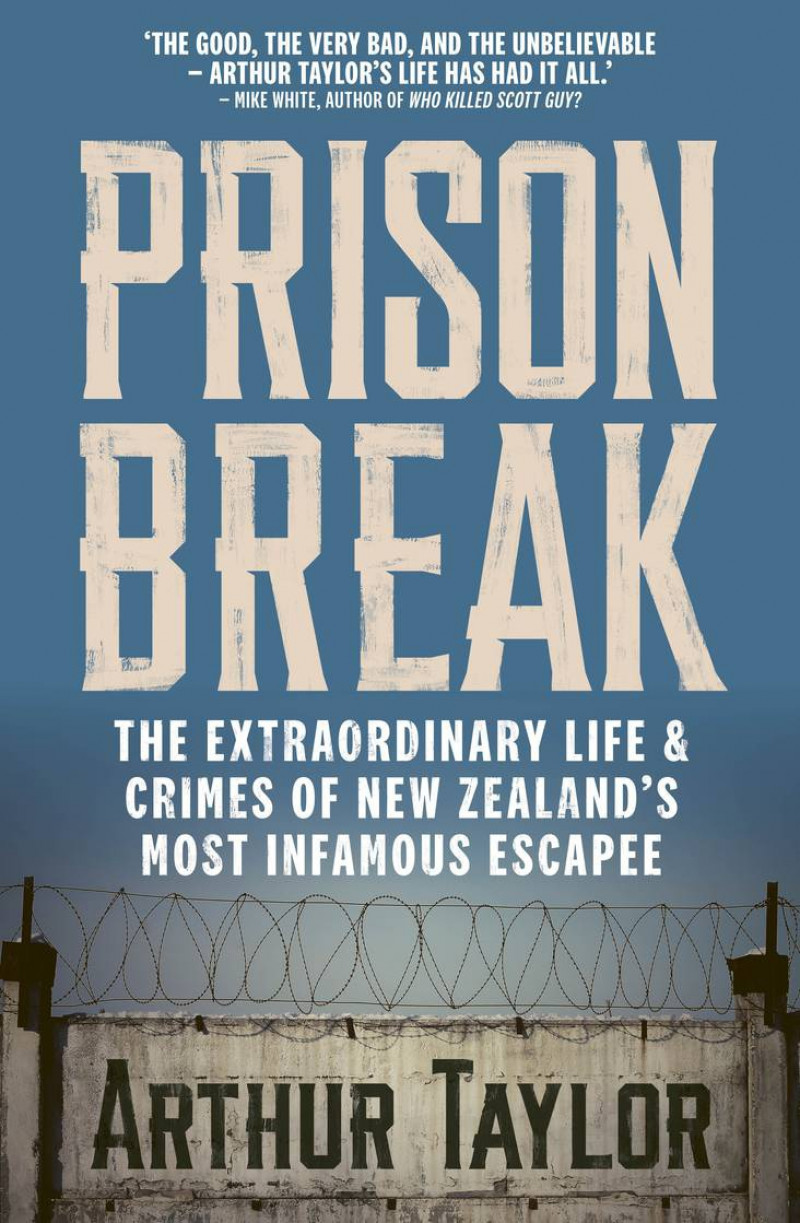 If you haven’t heard of Arthur Taylor you’re either young or have been living under a rock. Mind you, he did have 10 aliases, essential kit when you’re a career criminal.

Arthur tells his life story which is a revolving door in and out of prisons throughout New Zealand. He blames his downward spiral on the Epuni Boys’ Home, where he was sent for wagging at age 11. After that, he spent 38 years in total in jail. He has a lovely, supportive family by all accounts and a big brain (if he does say so himself).

His language is blunt and of course there is a lot of swearing, so beware if you don’t like foul language. A description of Arthur from a fellow crim: “he’s lower than a sewer, a dirtbag, lard-arse, motor-mouth, mother-...”

Arthur spent a lot of his time on the inside fighting for prisoners’ rights and he studied the law in order to represent himself in court multiple times. One incident he complained about was a detective repeatedly hitting him over the head with a telephone book. He does play the victim a bit which sticks in my craw. After all, he committed a lot of crimes, some serious. He is proud of the fact that during his crimes he never physically hurt anyone but does acknowledge his victims might have suffered PTSD. Really Arthur – you think?

I find his life continuously boring, running from cops then fighting the latest charge from jail. He seemed to revel in annoying people. However, his work on improving conditions for his “brothers and sisters in jail” is admirable. I found his stories about famous inmates, including Graeme Burton and Liam Reid, so interesting that I Googled those criminals to revisit their ghastly crimes.

Arthur Taylor is out (at the time of this review) living the quiet life, and still fighting the good fight for other prisoners. Prison Break is an interesting read on a life that thankfully I’ve never had to participate in. Yet.