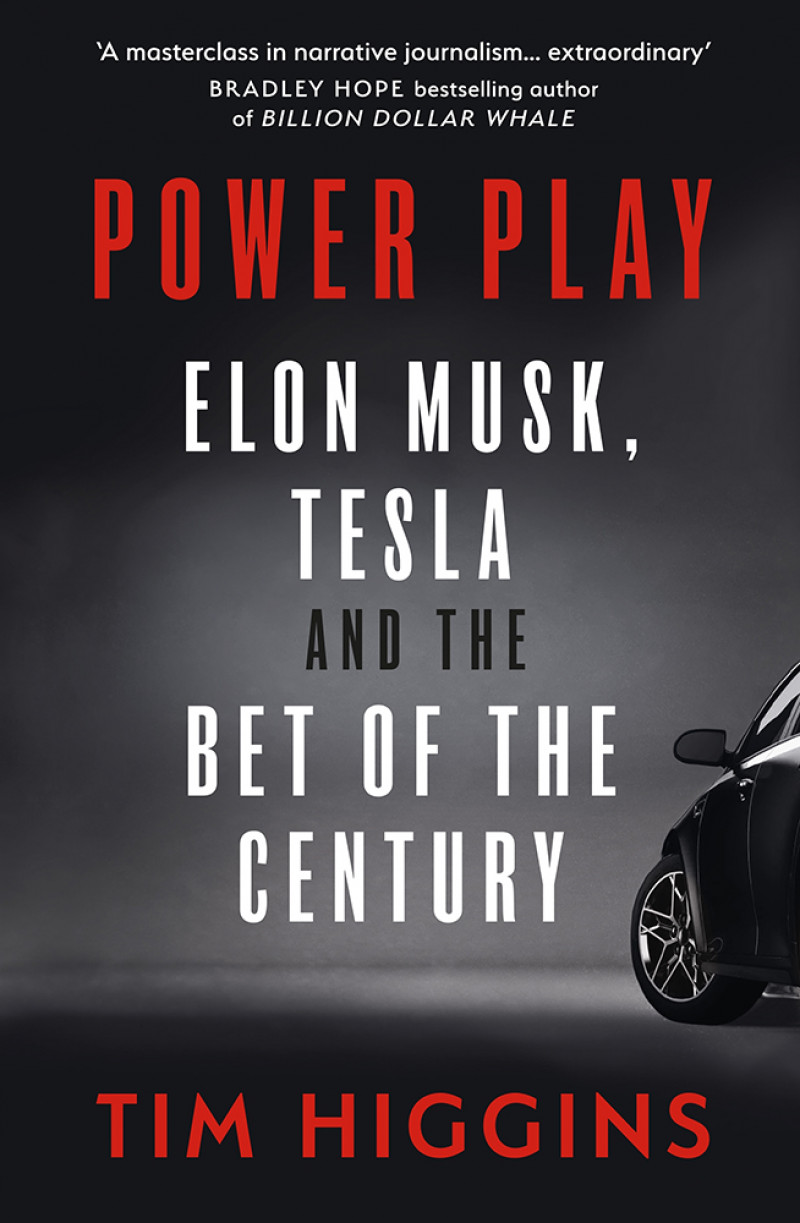 Power Play: Elon Musk, Tesla and the Bet of the Century

Elon Musk is considered a polarising character – you either love him or hate him. It is fair to say, by choosing to review Powerplay: Elon Musk, Tesla and the Bet of the Century amongst a sea of fabulous options, that I was (and maybe surprisingly for some, still am) firmly in the ‘love’ camp.

Leading any new business can be a tumultuous endeavor. However, leading a business with a concept that has never been achieved due to its complexities, along with the pressure of hundreds of millions of dollars of investor cash (as is the case with Tesla), is another type of beast entirely. Before diving into the beginnings of Tesla, Tim Higgins starts by describing Musk’s early success with PayPal and other lucrative ventures. This lays the foundation of Musk’s unique character and capacity to foresee opportunities, no matter how crazy they appear to be.

The quirky entrepreneur is described juggling the demands of running SpaceX and Tesla with anecdotes of firing staff on the spot and the kind of general impulsive behavior we have come to expect from someone like Musk. As much as I admire him, I certainly never wish to work for him. Higgins does a fine job of illustrating the frustrations and high-risk scenarios of the automotive industry. Supplier issues, new markets, logistics of customer repairs, charging stations, and maintaining control of direct sales were just a few of the challenges that the Tesla team were forced to navigate. Add to that the scrutiny of the world’s media and it’s no wonder Musk has been through numerous divorces.

Despite this, Musk’s ambitions never wavered. In fact, to the horror of his employees, Musk would routinely push the goalposts further away and demand that they hold their “feet to the fire” if success was to be achieved. Higgins describes one such example when Musk decided to increase Tesla’s annual sales target in 2015 to 55,000 cars, an alarming 74 percent jump from the year before.

Musk’s goal was simple really. Through the introduction of the world’s first pure electric car, the automotive industry would be changed forever. What could possibly go wrong?