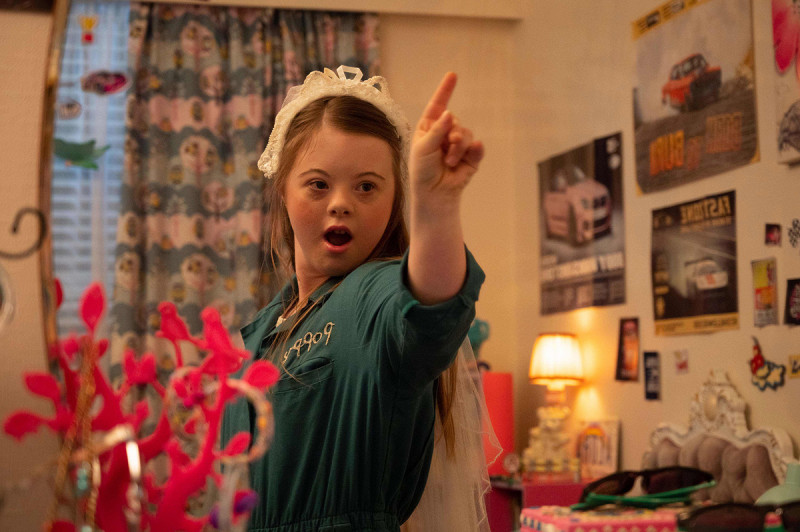 While we never get to experience the tension of believing things won’t be neatly tied up with a ribbon, Poppy channels its well-worn story through a vibrant and captivating title character. Though the script leaves nuance to be desired, a strong lead performance from newcomer Libby Hunsdale lays the foundation for a film that manages to delight in all the right places.

Poppy (Hunsdale), a young Kāpiti woman with Down syndrome, wants the same things as the rest of us – love, a career, a life – but finds that others don’t have the same faith in her. As she puts in the grind to earn a mechanics apprenticeship at her family’s garage and navigate her first relationship, her overprotective brother Dave (Ari Boyland) refuses to take his foot off the brake.

It cannot be overstated how comfortably Hunsdale inhabits the frame. Her energy oozes out of the screen, never feeling one-note. Poppy often says exactly what she’s thinking, yet Hunsdale is at her most compelling in quieter moments; the slight sense of ease that washes over her when she is able to make an independent, unobstructed decision. Boyland is also terrific. With his character battling alcoholism, loneliness, guilt, and bankruptcy, there’s a lot to reckon with, but he nails down a tone early and carries it through. However, the rest of the cast, along with the story, is not as consistent.

The script by writer-director Linda Niccol asks a lot of questions and winds up in a rush to answer them. Some subplots, particularly Poppy’s romance with Luke (Seb Hunter), surge in order to make room for others, which leads to some particularly on-the-nose and cringe-worthy moments – a tip fellas, “you’re a bit cheeky, aren’t you?” is not flirting at its finest. Niccol does deserve praise for her direction, which mirrors Poppy’s urgency and, thanks in part to cinematographer Mathew Knight, captures Kāpiti in all its splendour and feels effortlessly cinematic.

While Poppy’s victory feels appropriately triumphant, for the other characters things just work out a bit too perfectly a bit too quickly. With more focus and breathing room, Poppy may have elevated from fun to fantastic.