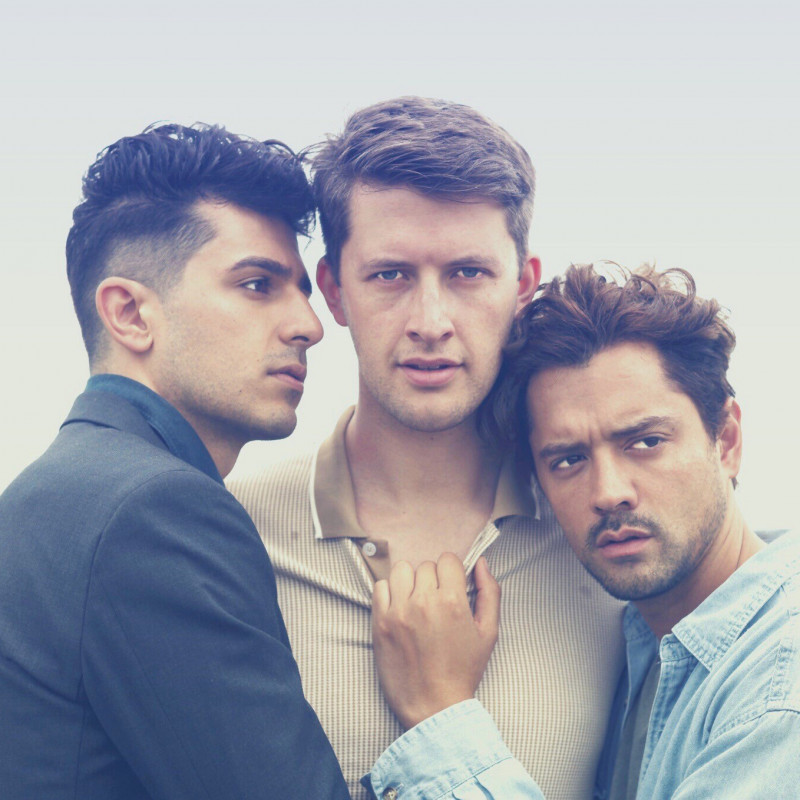 Rich (Alex Walker) is a playwright in love with more than one man. Dan (Zak Enayat) is a realtor who only wants one main meal but doesn’t mind the odd side dish. Nick (Liam Coleman) works at an art gallery and is strictly a one-man man. Polyamory, open relationships, and monogamy collide to tender, touching effect in PLAY.

PLAY features the cleverest opening segment I’ve ever seen. Though I’m dying to dissect it, I won’t spoil it for you. Let’s just say the first 10 minutes set my internal monologue speeding down This Must Be a Joke Road and up Long Joke Though Quay, finally arriving on Oh Thank God Street. When the scene shifts, the brilliance of the beginning seeps in. It’s a thrill to watch the cast peel back layer upon layer of metatheatricality as the best joke of the night, about Walker’s widespread appeal, lands to uproarious laughter.

Walker, Enayat, and Coleman nail the humour in Coleman’s well-rounded script with great comedic timing. Refined by Sainsbury, their performances reach hyperbolic heights and emotive depths. The very definition of a dramedy, PLAY makes you laugh (so hard you might snort) but leaves you aching for more, saddened by an ending filled with sacrifices.

In a poignant moment, Rich asks whether audiences can like a polyamorous character. The only thing that makes me unsympathetic to Rich is actually a swaggering overconfidence that only pertains to his flirting and not to the other aspects of his life or work. It’s the only instance of unbalance in the production for me. This aside, Coleman’s exploration makes polyamory accessible. By the end of PLAY, I understand the character’s desire for an intimate relationship with more than one person. I’m rooting for him and his lovers, desperate for a good outcome for all three men. There’s no villain, no one I want to win. Instead, I’m overcome by pure, human love.

Can we have a sequel, please?