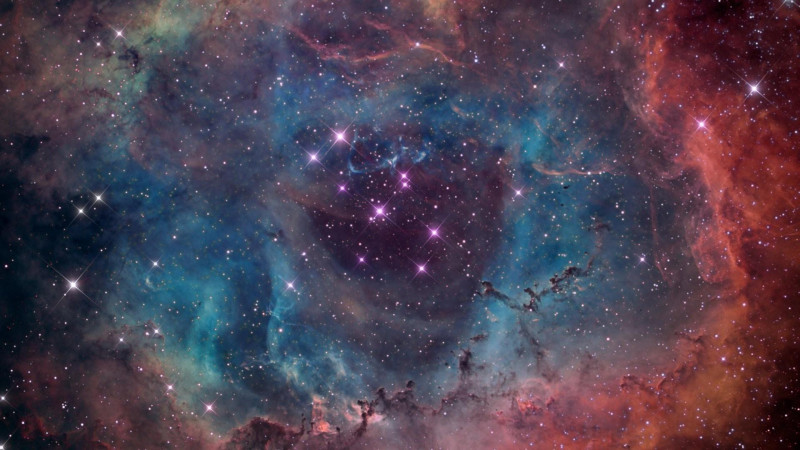 Clearly drawing heavily on cult sci-fi TV shows like Star Trek and Babylon 5, Peregrine V starts with a smart projected introduction to the improvised tale of a rag-tag spaceship crew that we are about to see created.

The all-knowing computer then randomly assigns six actors (Gabrielle Raz-Liebman, Jerome Cousins, Malcolm Morrison, Brendon Bennetts, Emma Maguire, and Liz Butler) their characters. They are of varying species with an expected collection of roles on the ship ranging from the shapeshifting captain and human engineer to the mutant therapist and AI entertainer. Also along for the ride are an avian diplomat and an amphibian mercenary. The actors gamefully embrace these characters, give them names, and set the audience and themselves off on a journey of discovery.

An added element of character is the beautifully animated talking computer (operated by director Jonathan Briden) that always sits on the wall behind the actors and offers droll commentary, jokes, and interaction with the characters, even condemning one of them to death with a coldness reminiscent of HAL in 2001: A Space Odyssey.

The story that unfolds is more existential than the typical storylines of the TV series this show pays homage to. Some characters are not who they appear to be, causing significant angst among the crew, much of which neatly unfolds in the therapist’s office. My favourite line of the night is “I smell emotions!” yelled by the therapist just before he bounds on stage to analyse another tortured crewmate.

Costuming plays a significant part and each actor selects an appropriate outfit, which some alter to good effect during the course of the narrative to reflect their story arcs. Sound effects (Briden again) and lighting (Bethany Miller) are also used well to give context to what the actors are doing and mark the end of short scenes.

All involved with this NZ Improv Festival show obviously enjoy the sci-fi genre and its tropes and create an irrepressibly fun hour of nerdy entertainment.