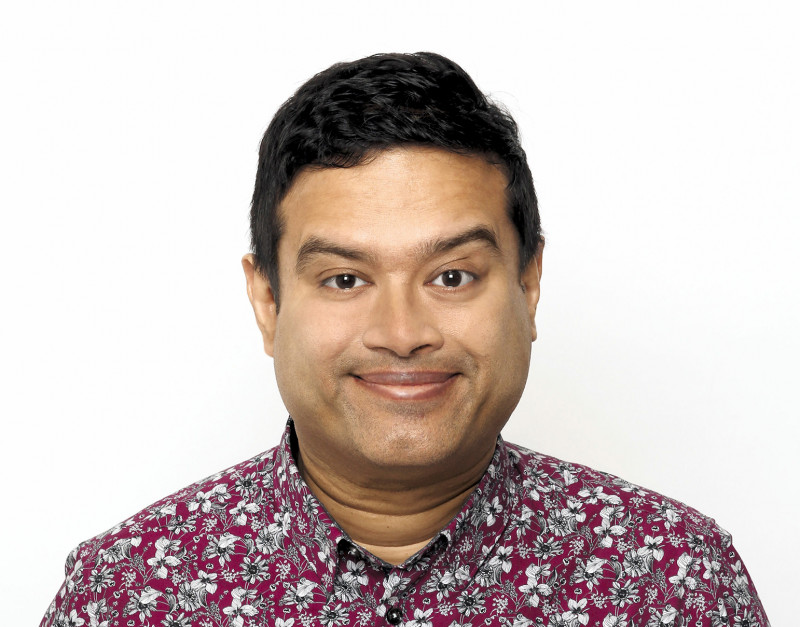 For those wondering whether Paul ‘The Sinnerman’ Sinha from The Chase is funny, he is. Now we’ve settled that, let’s get into his New Zealand debut at the NZ International Comedy Festival.

The audience brims with anticipation before the show, with a long line snapping all the way to the stairs the second the doors open. Te Auaha’s Tapere Nui (the big theatre) is at full capacity; even ‘the gods’ are utilised to fit more bums on seats.

Paul’s show is almost a monologue; it’s a steady stream of scripted speech, rarely fumbled over. Eloquent, clever, and perfectly balanced, the script is equal parts heartbreak and hilarity, light and dark. Though clearly rehearsed and likely memorised, it’s not a tired set. The quiz master has put in the research. Israel Folau, our contentious relationship with Australia, and Hamilton are just some of the topics that Paul incorporates as he takes the mickey out of New Zealand. We don’t mind though – I much prefer being cheerily mocked as a nation to being singled out and personally ridiculed, a common comedy trope.

Watching Paul in action, I realise I’ve never seen a comedian more generous with his audience. As well as yarns about his time on The Chase (which the audience laps up), Paul shares deeply personal stories. He tells us about giving up a career as a doctor to pursue comedy (something his conservative family just loved!), shares stories from the worst week of his life, and even confronts a past traumatic sexual encounter. In this moment, the audience’s silence is deafening. But not because we’re not okay with hearing about the nigh assault. We’re silent because we’re devastated that Paul blames himself for it. If you’re reading this Paul, it wasn’t your fault, and no, you didn’t “lead him on.” Consent can be given and withdrawn at any time.

Paul is a brave, intelligent, and hilarious comedian. This is a golden hour of stand-up that I’d pay to see again and again.