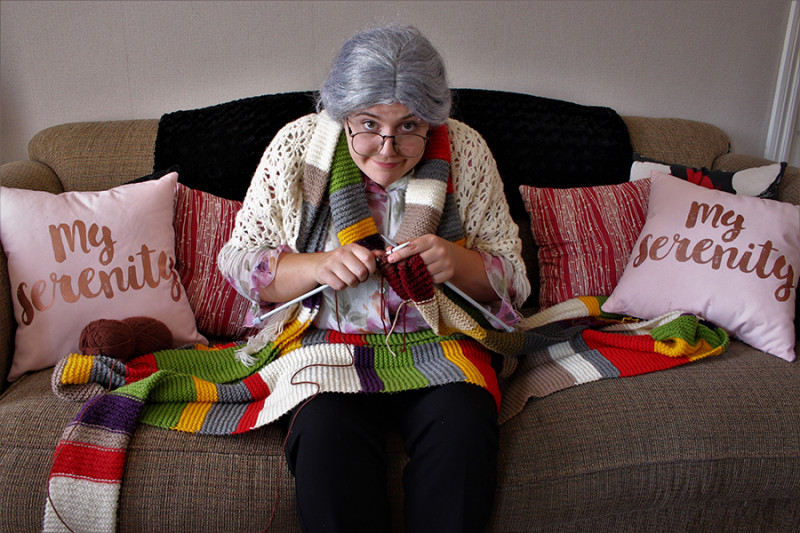 Patricia Goldsack (Katie Boyle) – Pat to her friends and lovers – has had more sex than you can swing a stick at. She’s figured a few things out in her time, and in this show, she sure doesn’t hold back on telling us all about it.

The audience is ostensibly attending one of Pat’s famous swingers club meetings. She begins by telling us the rules – which include leaving with the same person you arrived with and using a safe word if things get uncomfortable. My favourite section is where Pat elaborates on healthy consent (“no means no”, rather than my preferred ‘an enthusiastic yes’, but that’s pretty good for an octogenarian). She traverses the audience asking for individual members’ consent to various acts, and to my horror (or delight), one consents to being on the receiving end of a wet willy.

Along the way, we hear about Pat’s many husbands and her longing for a child. Unfortunately, a lot of the material relies on tired tropes of old women and feminine sexuality. A particularly cringeworthy moment comes early, as Pat requests a young man’s help and they end up in a suggestive position; it’s the kind of thing that’s funniest to bored teenage boys. The laughs play on how gross and weird it is hear an old woman talk about her desires – ew! Women over 60 aren’t really women anymore – they’re more like deflated marshmallows holding knitting needles, right?

I know, I know; I’m a total feminist killjoy. But If the show is meant to be satire, it misses the mark by several miles. That said, Boyle does her best and many audience members were in stitches. Pat Goldsack’s Swingers Club and Brothel is sexy and silly – but don’t expect anything ground-breaking.